A stirring finish in Navan secured a morale-boosting come-from-behind win for Derry but promotion from Division 2 of the Allianz NFL ultimately eluded the Oak Leafers.

Rory Gallagher's side needed to beat Meath and to hope that Roscommon lost to Galway in order to return to the top flight for the first time since 2015.

They got the win they craved, coming from five points down after 60 minutes to win by two thanks largely to goal-scorer and top scorer Niall Loughlin, though with Roscommon winning handsomely elsewhere their promotion bid was dashed.

They will look back with frustration on their round five draw with Roscommon as the game that cost them given that the Rossies finished one point ahead of Derry in second position.

Still, Derry could only take care of their business at Pairc Tailteann and duly did that, even if they left it late to get the better of a Meath side chasing three consecutive wins.

Loughlin finished with 1-04 for Derry while the returning Shane McGuigan struck 0-06 and was a key performer.

Derry will return to duty on 1 May to play Fermanagh or Tyrone in the Ulster SFC quarter-finals while Meath will meet Laois or Wicklow on the same afternoon in Leinster.

The pressure was on Derry to perform given the possibility of promotion and they delivered initially, playing to a high standard and benefiting from McGuigan's return in attack.

The Slaughtneil man was suspended for the heavy defeat to Galway in round six but, having previously scored 1-27 in the campaign, picked up where he left off with a brilliant opening quarter.

He scored three points as Derry opened up a fully deserved 0-07 to 0-03 lead after 18 minutes.

Derry's midfield, powered by ex-AFL player Conor Glass and Emmett Bradley, was entirely on top, resulting in a series of chances which McGuigan and the influential Loughlin happily capitalised on.

McGuigan was picked up by stand-in Meath captain Conor McGill and the experienced defender fouled his man for a 13th-minute Derry penalty following a flowing move upfield.

McGuigan stepped up to the kick but was foiled by goalkeeper Harry Hogan, a wasted opportunity that appeared to hit Derry hard.

Meath took over in the second quarter and with their own midfield of Bryan Menton and Ronan Jones coming strongly into the contest, they enjoyed a greater share of possession.

Both players got on the scoresheet for Meath who outscored Derry by 1-04 to no score from the 20th minute until half-time.

Jack O'Connor struck the Meath goal in the 21st minute after being set free by the excellent Donal Keogan.

Matthew Costello had a similar opportunity for Meath but surprisingly opted to fist over a point with the goal at his mercy.

Joey Wallace had a goal chance saved too as Meath turned the screw and hit the interval with a 1-07 to 0-07 lead.

Both sides traded scores throughout the third quarter and when Shane Walsh struck Meath's goal from a 50th minute penalty, following Shea Downey's foul on Menton, it put the Royals four points clear and in a strong position.

Andy McEntee's side would stretch that gap to five points after 60 minutes thanks to scores from Thomas O'Reilly and goalkeeper Harry Hogan.

But when the need was greatest Derry delivered, reeling off an unanswered 1-04 at one stage between the 60th and 70th minutes to win the game in impressive fashion.

Loughlin played a neat one-two with McGuigan for his goal and Glass struck at the death for the insurance point which sealed the two-point win. 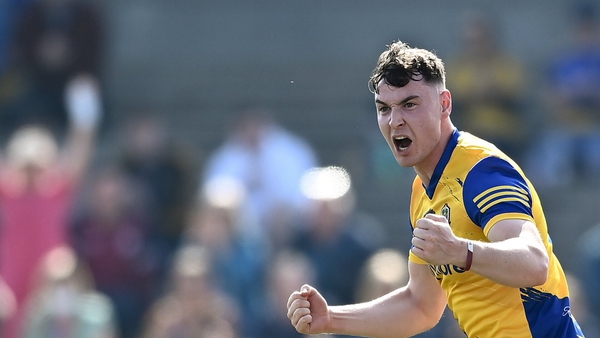 Roscommon promoted as they set up rematch with Galway