Former Dublin player Barry Cahill believes that Derry are in a good position to challenge the top order in Ulster in this year's championship.

The Oak Leaf County last tasted provincial success back in 1998 when Joe Brolly scored a late goal against Donegal and famously blew kisses to the crowd in Clones, and Cahill feels that days like those could be back on the horizon if they continue to improve at their current rate.

Speaking on RTÉ's Game On, Cahill was full of praise for Rory Gallagher’s side, who sauntered past Cork on Sunday to make it three wins from three in Division 2.

"I think Rory Gallagher has done a very good job in terms of managing that team and coaching them, but also he seems to have got all the best players in Derry involved in that senior team, in the panel.

"That’s something that hasn't been the case for the last number of years, whether that’s club rivalries or whatever. The Slaughtneil guys and Chrissy McKaigue are absolutely flying.

"They beat Cork very comfortably there at the weekend and I absolutely think Derry will finish in the top two and will get promoted to Division 1.

"They’ll certainly have a bounce as they head into the Ulster Championship in a couple of months."

Derry’s Ulster Championship campaign will begin with a clash with the winners of the preliminary round meeting of Fermanagh and All-Ireland champions Tyrone.

Barry Cahill believes that Derry could be set for a big season after their great start to Division 2. @GameOn2FM pic.twitter.com/zJTz4pGd1B

Cahill saw enough in last year’s 0-16 to 0-15 loss to Donegal to suggest that they can be a threat in the provincial tournament.

"Derry are the form team there, they look like a Division 1 team at the moment," he said.

"They have made great strides over the last couple of years coming from Division 3.

"Last year, they were very unlucky in the championship getting beaten by Donegal in the last minute. If there was a back door I would have fancied Derry to get through to an All-Ireland quarter-final." 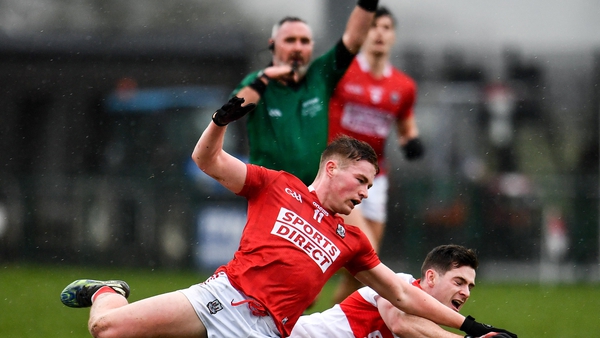 Derry far too strong for Cork as McGuigan stars