Former Kerry manager Eamonn Fitzmaurice, Tyrone footballer Conor Meyler and Galway camogie star Niamh Kilkenny have all aired their belief that amalgamation is the only viable way forward for Gaelic games in the wake of fresh scheduling issues experienced by the LGFA and the Camogie Association.

Speaking on the RTÉ GAA Podcast, Fitzmaurice was reacting to another weekend of controversy after the All-Ireland Club Camogie semi-final between Galway outfit Sarsfields and Derry side Slaughtneil was moved to Gorey in Wexford on Sunday after Kingspan Breffni was deemed unplayable on Saturday.

Finding suitable locations is a troublesome experience for the two female codes, especially as they are mostly reliant on GAA grounds to host their fixtures.

Last month, Armagh women played their first-ever senior game – a challenge match with Down - at their new home base at McKeever Park while Cork camogie can boast owning their own pitch from 2012, as well as a new clubhouse five years later, in Mahon. Waterford women's football and Tipperary camogie have also announced plans recently to develop their own pitches.

However, those grounds are few and far between leaving both associations in a tricky position.

"The answer probably is in the amalgamation of the associations," said Fitzmaurice.

"As the ladies' game, in both football and camogie, is getting bigger and bigger and getting more high profile and more and more kids are taking it up and playing it, which is all great, the pitches are going to be needed down the road anyway."

The Finuge man also believes that more 3G facilities need to be developed across the country to avoid the fixture chaos that saw numerous games postponed across all codes on Saturday and Sunday as Storm Franklin took hold.

"I think the technology in them has progressed," Fitzmaurice said of artificial pitches.

"I remember training on them myself and they were hard on the body and there wasn't much of a give off them and fellas would go over on their ankles often enough.

"I think the technology in them now, that pitch that Limerick and Louth played on yesterday in UL, it’s very spongy and the synthetic grass is like real grass. The technology in them has advanced. As that has happened, we really could do with more and more of them around the country."

The Gaelic Players Association (GPA) has submitted a motion for consideration at GAA Congress on Saturday urging the GAA to take proactive, meaningful and swift action to expediate integration with the LGFA and the Camogie Association.

The players' body said that it is "inter-county players' firmly held belief that for equality to be achieved within the Gaelic games family, integration of the three National Governing Bodies (NGBs) must be made a priority".

Meyler said the GAA have the chance to "set the tone" in a bigger sense by passing the motion.

"I just think that sport is probably a lense through which we look at society and on a wider scale this motion is going to be a powerful one," he told RTÉ's Drivetime.

"The GAA is probably the biggest sporting organisation in Ireland. It sets the tone.

"If we are looking at equality in the GAA, it sets the tone for wider society and I think that's very positive.

"This isn't a case of the women's gain is the men's loss. It's a gain for everybody."

Kilkenny echoed those sentiments, and stressed the impact of such a change could have major implications for generations of girls.

"At the minute we seem to maybe play second fiddle to our male sporting counterparts. If this integration was to come about I think it'd raise the standard of female players even more.

"Definitely the support is there [for an amalgamation to happen]. I suppose it's all about the three organisations sitting down and thrashing out ideas, putting a road map in place. We know this isn't going to happen overnight... but I do believe progression will be made on this." 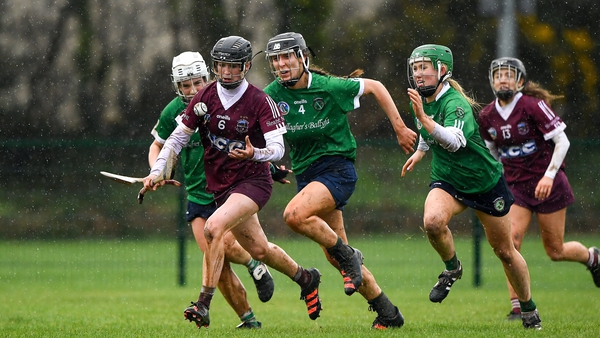 Michael 'Hopper' McGrath: 'I don't know where Gorey came out of'