All-Ireland champions Tyrone have 15 players included in the football nominations for the 2021 PwC All-Stars, with 11 different counties represented in all.

The Red Hand County regained Sam Maguire after a gap of 13 years when defeating Mayo in the All-Ireland decider on 11 September.

In what was an eventful summer for Tyrone after their heavy defeat to Kerry in the Allianz League, the side under the new management ticket of Brian Doohan and Feargal Logan, recovered to win Ulster and then emerge from the ravages of a Covid outbreak within the camp to gain revenge on the Kingdom in an absorbing All-Ireland semi-final.

The subsequent win over Mayo was well merited and their efforts have now been recognised with a third of the nominations in this year's football selection.

The vote for the Young Footballer of the Year accolade will be contested between Tyrone's Darragh Canavan, Matthew Tierney of Galway and 2020 winner Mayo's Oisín Mullin.

Rob Hennelly, Rory Beggan and Niall Morgan are the trio in line for the goalkeeping award.

In defence there is a first nomination for Cork's Seán Meehan, with players from Dublin, Kerry, Mayo, Monaghan and Tyrone also in the mix.

Another Armagh player Rian O’Neill is included in the list of 18 forwards, with Eoin Cleary of Clare, Galway's Shane Walsh, Donegal's Michael Langan and Daniel Flynn of Kildare their counties' sole representatives. 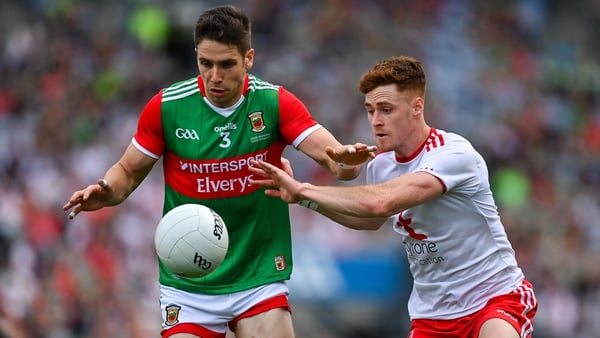 Keegan vies with Tyrone duo for Footballer of the Year