The Adare clubman (not Na Piarsaigh, as he corrected GAA president Larry McCarthy) lifted the coveted trophy in 2018 and 2020, and after a superb final display he got to do it once again after the dominant victory against the Rebels.

His manager opted to withdraw him with five minutes remaining and the ovation that greeted his departure spoke volumes.

Kiely said the adulation was well deserved, especially after the flak he took in 2013 having missed a series of frees in that year's All-Ireland semi-final loss to Clare.

"It’s just the sheer honesty of the guy. I was here in 2013 with him when he had a day that things just didn’t work out for him. He had a really tough time at that stage but he always stuck with it.

"The honesty of the guy is something that you can see every time he takes to the field. I guarantee that most of the guys around him will tell you that if they make a mistake, one of the first guys that’s down the drainpipe trying to help him out is Declan.

"He will be the first to make that reaction, to help somebody else that’s in trouble."

Kiely said that the armband didn’t weigh down on the player whatsoever, and it was a responsibility he has embraced.

"He will always put the group before himself and I think that’s what makes him a great captain. That’s what we would hope all our players would espouse but he does it really, really well from the front.

"You’ll never see him getting upset by a mistake. He’ll only react as to how he can make up for that mistake. Whether it’s his or somebody else’s.

"So I think that’s what’s great about Declan. The fact that he has been captain for the last couple of All-Irelands isn’t an important factor at all. The record books will reflect that but to Declan it won’t be up there. He will value his contribution to the group far higher."

Triumphant Limerick manager John Kiely and captain Declan Hannon reflect on their third All-Ireland title in four years and explain just how much the return of supporters meant to them. #rtegaa #TheSundayGame pic.twitter.com/A4jemxbsSU 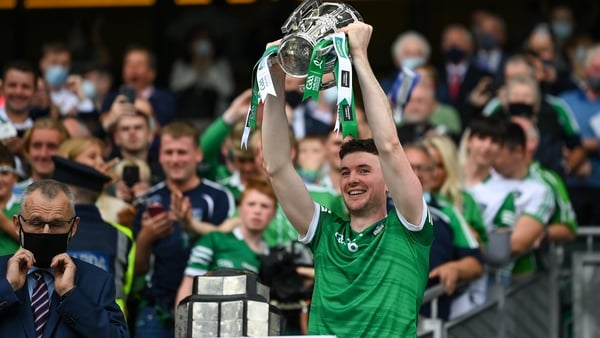