A stoppage-time goal by substitute Neil Montgomery ensured Waterford's progress to a second successive All-Ireland semi-final as they got the better of Tipperary in the All-Ireland Hurling Championship for the first time since 2008.

An end-to-end encounter saw Liam Cahill’s side remain the more composed inside the opposition’s 21-metre line, while Tipperary were left to rue leaving several good goal-scoring opportunities behind them.

A breathless first half saw Waterford head for the changing rooms leading by 2-14 to 2-13. Points by Patrick Curran, Jack Fagan and Dessie Hutchinson sent Cahill’s side three points clear inside three minutes before Jason Forde opened Tipperary’s account from 45 metres.

From the very next attack, Stephen Bennett looked set to goal for the Deise only to be denied by a brilliant Cathal Barrett block. Tipperary immediately worked the ball up the field with blistering pace, with Seamus Callanan finding the net from close range.

In the seventh minute, the dancing Barron jinked down Waterford’s left flank, bisecting the posts from 40 metres to restore parity only for Jason Forde to convert a 65 by the ninth minute, with Tipp’s John O’Dwyer next to score.

But Waterford steadied the ship in the 11th minute after Austin Gleeson found the next following an intricate move involving Gleeson initially, along with Stephen Bennett, Jack Prendergast and Jamie Barron.

Not clear what happened in the lead-up to the penalty award but Stephen Bennett makes no mistake as Waterford increase their lead against Tipperary #RTEGAA #RTESport - live updates here https://t.co/a0rYOLbbjK pic.twitter.com/mjXmbbnKYf

O’Dwyer and Gleeson - via a sideline - traded points before Michael Breen and Stephen Bennett, from a free, repeated the pattern.

Jason Forde’s free and Shane McNulty’s fine strike from the deep brought the sides level again by the 19th minute before Jack Fagan edged the Deise ahead.

After a half-time shower, which made the surface increasingly slippery, the sides continued to trade blows like seasoned heavyweights to the delight of the 7,000 strong crowd.

Waterford moved four points clear thanks to Stephen Bennett's first point from play in the 41st minute before the match’s largest single talking point arrived on the three-quarter hour mark.

By the 53rd minute, with Jamie Barron and Peter Hogan dominating the midfield battle, Waterford were 3-21 to 2-16 ahead but couldn’t think too far ahead given the events of Thurles a week previously.

Callanan surely thought he’d completed another Championship hat-trick after Shaun O’Brien parried Noel McGrath’s shot into his path – but he pulled the ball inches wide of the Deise net.

Yet between the 61st and 69th minutes, Tipperary outscored Waterford by 0-05 to 0-01, with substitutes Mark Kehoe and Willie Connors featuring on the scoreboard.

But in the first additional minute, Deise substitute Neil Montgomery calmed Waterford nerves to send home his side’s fourth goal following a pass by Darragh Lyons. Moments later, Shaun O’Brien produced an excellent save to divert John McGrath’s shot over the crossbar to leave Waterford four clear, with Montgomery pointing from the very next attack.

And in the 73rd minute, fellow sub Colin Dunford put the icing on the Port Láirge cake when sending over his team’s 28th point of the day. 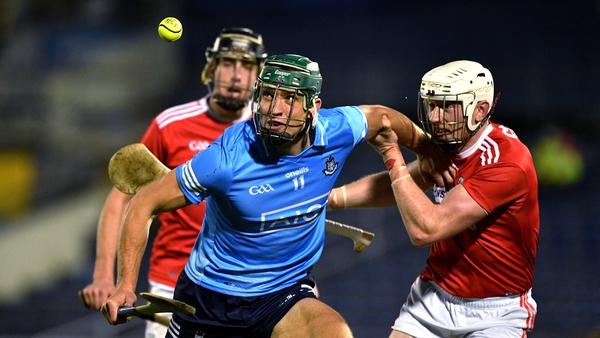