Beaten Munster finalists Tipperary will look to get their All-Ireland ambitions back on track against neighbours Waterford, while Leinster finalists Dublin will face Cork in the other quarter-final following this morning's draw.

The Déise advanced to the quarter-finals with a 1-30 to 3-20 victory over Galway in a rip-roaring encounter in Semple Stadium on Saturday, while Cork overcame Clare on a scoreline of 1-23 to 3-19 at LIT Gaelic Grounds.

Tipperary will be seeking redemption after their 2-29 to 3-21 defeat to All-Ireland champions Limerick in the Munster final on Sunday 18 July.

Dublin find themselves in the quarter-finals after a nine-point defeat to Kilkenny in the Leinster final on 17 July.

The two quarter-finals are due to take place on Saturday 31 July.

Tipp v Waterford will take place at 1.30pm in Pairc Ui Chaoimh live on RTÉ2, while Dublin's clash with Cork throws-in at 7pm in Semple Stadium on Sky Sports. 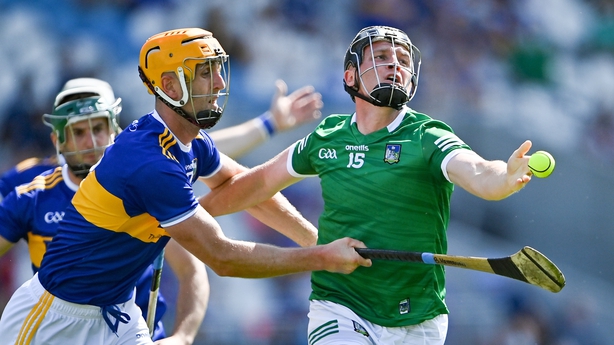 Speaking on RTÉ's Morning Ireland after the draw was made, hurling analyst Shane McGrath said the Tipperary v Waterford clash is the one that catches the eye.

"They've met eight times since 2008, when Waterford last won, and Tipp have won seven of them so I'm sure Tipperary people will want to continue that.

"Waterford come in on the back of a fantastic display against Galway, outscoring them 1-25 to 0-12 up to the last water break and that is the sign of a team in great form and full of energy," he said.

However, he cautioned that a third week out in a row for Waterford - they narrowly overcame Laois in Round 1 of the qualifiers on 17 July - may test their energy reserves against a Tipperary team coming into the match off a free weekend.

Turning his attention to the meeting of Dublin and Cork, McGrath said Cork had a good win over the Dubs in the qualifiers last year, with Dublin not recording a championship win over the Rebels since 1927.

He said Dublin will want to have their best team on the field for the match, after losing several to Covid-related issues for the Leinster final meeting with Kilkenny. 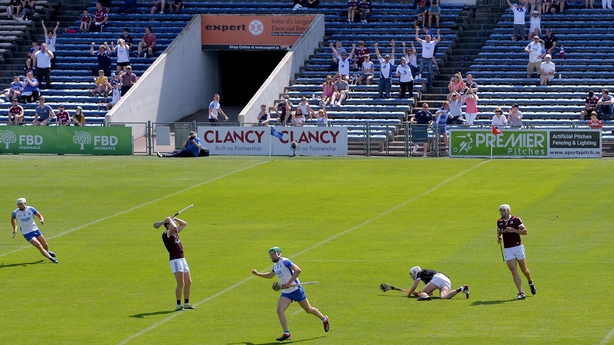 Meanwhile, GAA President Larry McCarthy has said he hopes to see more supporters at matches in the coming weeks.

However, he said the organisation must operate within the guidance of public health authorities.

Also speaking on Morning Ireland, he said "we would obviously hope we would be able to increase attendances for the [All-Ireland] semi-finals and finals but we will have 18,000 people in Croke Park this weekend."

McCarthy also said the GAA will "look at the structures" of the hurling championships at the end of the year.