Division 3A champions Sligo maintained their 100 percent winning record as they finished their Allianz Hurling League campaign with a 0-21 to 0-19 comeback win over Monaghan in Inniskeen.

Sligo boss Padraig Mannion made a raft of changes from the side that earned promotion against Tyrone in Omagh last weekend and Monaghan, who were already safe after last week's narrow win in Longford, took advantage with a strong start.

Joe McHugh and Gerard O’Kelly-Lynch were responding at the other end though and at the interval it was all to play for as Monaghan led 0-11 to 0-09.

With Pádraig McGahon and Niall Garland prominent, Monaghan were able to draw level as the game drew to a close, but late scores from Tony O’Kelly-Lynch and Conor Hannify made it four wins from four for the Yeatsmen.

At the Athletic Grounds, Armagh secured second place in Division 3A with a 1-25 to 2-19 derby win over Tyrone.

These neighbours were playing for pride with promotion out of reach for both, and the scores flowed freely in the first half as Danny Magee’s major gave the Orchard county a 1-13 to 0-13 lead at the halfway point.

Most of those scores came from young free-takers Fionntán Donnelly of Armagh and Tyrone’s Cain Ferguson, with the latter taking over from Damian Casey who did contribute with a score from play.

Donnelly put Armagh four points ahead at the start of the second half but a Tyrone goal got them right back into the contest.

The sides continued to trade scores and were level on 1-18 to 1-18 with nine minutes remaining, but Armagh then stole a march as they grabbed six of the next seven points.

A goal from Tyrone attacker CJ McGourty set up an exciting finish, but Peter McKearney sealed the points for Armagh with the last score of the game. 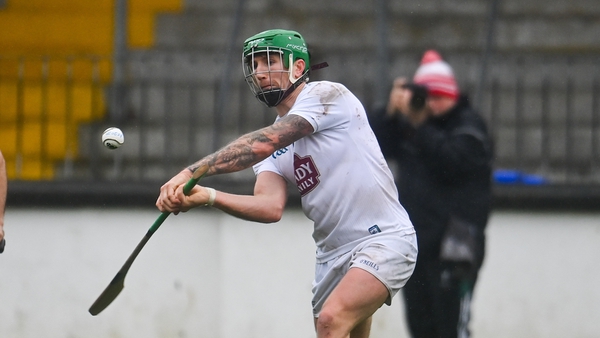