Kildare brought more silverware back to the county as a 2-24 to 1-19 win over Mayo in Castlebar secured the Division 2B title as well as promotion.

The 2020 Christy Ring champions had been in fine form throughout the National League, but a loss would have seen them lose out on top spot to the Connacht side.

Perhaps with that in mind, they were far from their best in the opening period as they trailed 1-14 to 1-9 at the break.

Sean Regan's early goal gave Mayo a platform and things looked glum for Kildare when Jack Sheridan missed a penalty. However, David Slattery’s goal right at the end of the first half gave them hope.

The Lilywhites were easily the better side after the break as they hit seven points in-a-row to start the half with James Burke excelling in attack.

A late goal from Conor Dowling sealed the title as well as Division 2A hurling.

Roscommon are the side dropping out of Division 2B after they suffered a 1-26 to 0-14 loss to Derry at Owenbeg.

The loser here knew they would be dropping down, and it was Derry who seized the initiative with Cormac O’Doherty and John Mullan in good scoring form as they led 0-13 to 0-05 at the turn.

They continued to pull away in the second half and a Gerald Bradley goal secured their 2A status despite Cathal Dolan doing his best to keep the Rossies in it with a string of scores.

Swapping places with Roscommon will be Connacht neighbours Sligo after their impressive win over Tyrone in Omagh.

There is still a round of fixtures to go, but only Armagh can match their points tally and the Yeats men have the head-to-head advantage should they do that.

They were comprehensive 1-18 to 1-13 winners at Healy Park with Gerard O’Kelly-Lynch helping himself to a 1-11 tally, 0-10 of those coming from placed balls. Joe McHugh and Kevin Banks both chipped in with three points while Damian Casey (0-07) was top scorer for Michael McShane’s side.

Monaghan earned survival at Longford’s expense following a thriller at Glennon Brothers Pearse Park, the Ulster side winning 1-20 to 3-13.

A Hugh Byrne goal had Monaghan 1-07 to 0-01 ahead midway through the first half but Joe O’Brien got Longford back into it and a Cian Kavanagh goal on the stroke of half time left the away side just one up.

Longford struck for two late goals in the second half too, but Monaghan were able to keep their noses in front. 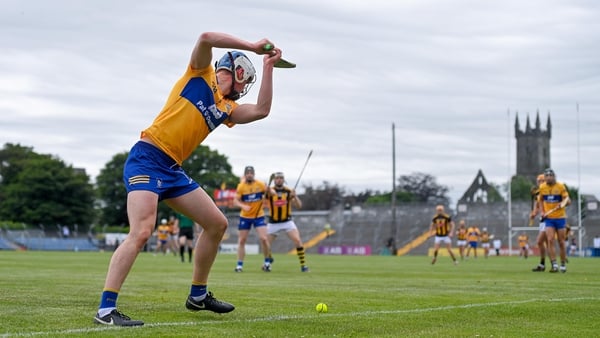