Introverted by nature, Ailish Considine is not one to make a big deal out of something she knows is not a big deal.

'Gay icon' is not in the job description but she is quietly making her mark in the battle for equality and inclusion.

The Adelaide Crows player arrived back home to Clare from Australia just a week and half ago and has completed her five-day quarantine, and got the all clear from a drive-through Covid test.

In her column for this website she has briefly mentioned her partner in passing. That’s her style.

She wears it easy.

But now she’s front and centre, with sister, Ireland rugby international Eimear, as an ambassador for Aviva Ireland’s #LaceUpWithPride campaign.

They want people to show solidarity with the LGBTI+ community by wearing rainbow laces on 23 June.

She says her experience of the gay community in Australia, where she moved to in 2019, simply blew her away.

"You are the exception if you are not gay in AFLW," she tells RTÉ Sport.

"There is just so many of the girls who are part of that community.

"It’s so open, it’s so normal to be gay over there.

"It blew me away initially because you are kind of an outlier if you are not.

"Having a 'Pride’ round, the whole round dedicated to LGBTI is incredible.

"It’s great not to hide who you are. The AFLW have had a really powerful stance on that and have had from the get-go. Having a Pride round cements that in their ethos.

"Australians are generally more open and honest about things. In Ireland we can be more reserved.

"A lot of the teams are based in the city and that helps too, they are far more open-minded people and have far more experience.

"I came from a remote, isolated west Clare village where the norm is boy meets girl, they get married after a few years.

"It wasn’t until I got a bit older and went to college and experienced different things and saw another side of the world that I hadn’t seen before." 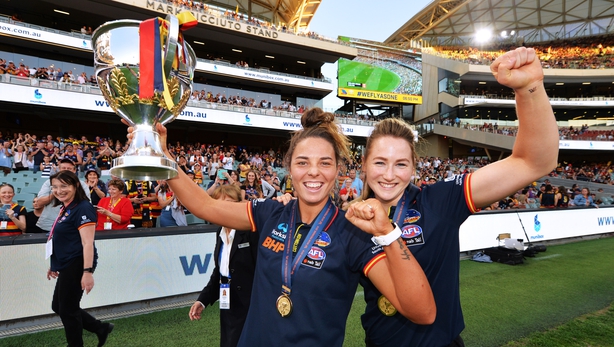 She would be reluctant to call it a mission but normalising gay relations is part of her profile now.

Ireland has come a long way in the last decade and Considine never wanted to make a headline out of her sexuality.

"The fact that I had to have that coming out for my family was enough for me," says the 2019 AFLW Premiership winner, who is hoping to continue her career Down Under next season.

"Anything beyond that, if it’s something that’s mentioned in passing or I’m happy to share on my [social] media pages.

"I’m pretty open with who I am but I don’t think I ever felt the need to come out publicly and that kind of thing because the way I look at it is I shouldn’t have to have a coming out.

"I would prefer if this was a normal thing, that it became far more normalised, that you don’t have to make a big deal of it, you being different, it’s just who you are.

"My sister nailed it on the head: she said ‘I never had to come home and tell my mother than I’m not gay, that I’m hetero’. 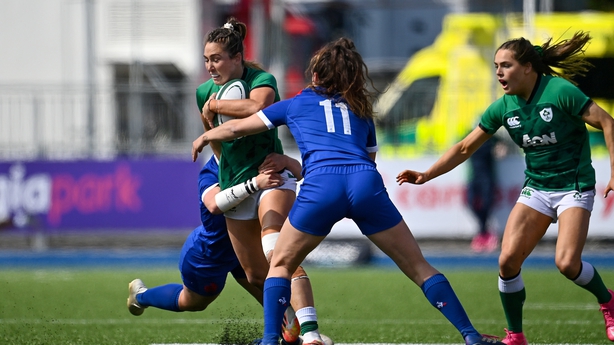 "It’s no different, it doesn’t change who you are. That’s always been part of me, I don’t want to make a big deal of it because it should be far more normalised at this stage of our lives.

"It’s a conversation that probably has to be had with family and friends.

"Like I did in my RTÉ column, just dropping it into conversation, where it was normalised and not a big deal.

"It probably had far more impact than a big article saying that I’m gay.

"That’s what all these campaigns are for, to make people more aware, to make it more normal."

Female sport has always been more welcoming for members of the gay community and for all the progress that has been made, it’s a different story in men’s sports.

As it stands there are no openly gay players in the AFL.

"I couldn’t tell you if any of the Adelaide team is... I’m assuming there is. You are dealing with a group of 45 men.

"Surely there is one at least who is gay in that.

"I’ve seen Pride things for them as well, where they wear socks or whatever.

"I think society makes it a little bit easier for females to come out as gay in some shape or form.

"I’m not sure why that is, because it’s all the same. It doesn’t matter who you are, what gender you are.

"It is definitely something that needs to be worked on.

"In every sport, to be honest, it’s generally led by females. The campaigns are more open and honest with the female side of things.

"We probably make up for it in the fact that we support males and females when it comes to Pride round and that sort of thing."