The last time the Kingdom beat the Dubs in the championship was back in 2009, when Pat Gilroy famously described his team as looking like "startled earwigs".

The league may often be something of a phoney war but Spillane stressed that this year it’s hugely important for Kerry to prove they are capable of turning the Dubs over if they wish to kick on and lift the Sam Maguire at the end of the summer.

"This will be the game of the league," he told the RTÉ GAA Podcast.

"Sunday is going to be huge. I still think they're the two best football teams in the country, but... I cannot stress enough how important a game it is for Kerry.

"Dublin have had the upper hand for many years now. Since 2009 they've played in four All-Ireland finals, including a draw, and two All-Ireland semi-finals. Kerry have drawn one and lost five. That's not a good record." 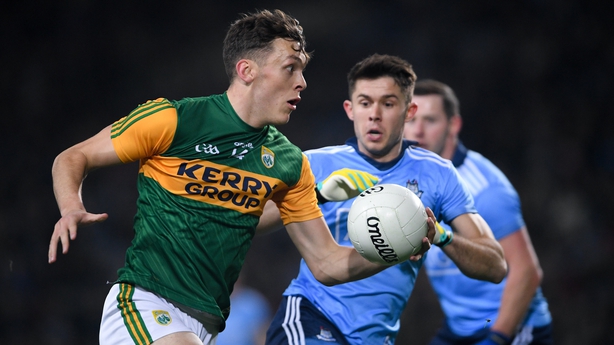 Spillane recalled his own playing days when emphasising the significance of the weekend’s match which will be played, unusually, at Semple Stadium. The Dubs were stripped of home advantage for this clash after they breached Covid-19 regulations in the spring.

"The last time we beat them in an All-Ireland final was 1985. It reminds me so much of my own playing days.

"We felt that when Dublin tackled us, they tackled us hard. When we tackled them we pulled a jersey or pushed them in the back. It wasn't really laying down a marker. We said, 'when we play them again we're going to lay down a marker, fight fire with fire'.

"We played them in 1978 in aid of Sister Consilio's charity in New York, a challenge game. This was the filthiest game I ever played in. There should have been ten players sent off. This was out of control stuff, but this was Kerry fighting back, fighting fire with fire. We won that day and we came away saying, 'we have laid down a marker'. From that day until 1985, we had the upper hand on Dublin."

Kerry thumped Galway 4-21 to 0-11 last Saturday. It was their first outing since their shock loss to Cork in last season’s Munster SFC semi-final.

"Last Saturday's game was brilliant," Spillane added. "The first 40 minutes of that game, the forwards gave a masterclass. But... it was up against a Galway team that showed no pride in their jersey, that showed no fight.

"There's one thing about Kerry people: we do highs and we do lows. We don't do in between. We'd a low after Páirc Uí Chaoimh [against Cork] and it lasted until last Saturday evening. After last Saturday, God save us we're on a high again. By quarter past three on Sunday we could be rock bottom again!"