Dublin have suspended senior football manager Dessie Farrell for 12 weeks as they accept, after an investigation, that there was a breach of Covid-19 guidelines.

Members of Farrell's squad were photographed by the Irish Independent training and, after an investigation, the Dublin county board have suspended the All-Ireland-winning manager with immediate effect.

In a statement they accepted the "serious error of judgement" and the management and players "apologise unreservedly for their action".

"Dublin GAA acknowledge that, following an investigation this afternoon, there was a breach of Covid-19 guidelines yesterday morning.

"The Dublin senior football management and players recognise that this was a serious error of judgement and apologise unreservedly for their actions."

Farrell will not take charge of seven-in-a-row chasing Dublin until late June, which means it is unlikely he will be on the sideline for the Allianz League, the structure of which has yet to be confirmed as teams are only permitted to return to training on 19 April.

Mick Galvin or Darren Daly, both part of the Dubs' back-room team, are likely to take the reins in Farrell's absence.

In February Tally received an eight-week ban after members of the county panel gathered in a large group.

The PSNI arrived at a session at Abbey CBS in Newry after a member of the public became concerned at the large group together in one area.

The Central Hearings Committee [CHC] found the Down boss had committed an infraction under rule 7.2e, "misconduct considered to have discredited the association".

In the same month McCarthy had a 12-week suspension for breaching the GAA's training ban been upheld by the CHC.

The Cork senior footballers had been found to have gathered on a beach in Youghal for a team-building exercise during Level 5 restrictions.

Earlier today, when speaking on RTÉ Radio's News at One, Minister of State for Sport Jack Chambers outlined his "great frustration" at today's news following on from the "clear message given from Government and the GAA" with regards to the resumption of inter-county training on 19 April.

"I am extremely disappointed and surprised at such an error of judgement," he said.

"I think the protocols are clear and the GAA communicated those to every county in the last 48 hours, stating that training could commence for inter-county teams on 19 April.

"I think it's important to say that the Dublin team and every team across the country has an important leadership role in following the public health advice. There is great frustration out there to see role models in Dublin GAA undermining the rules that have been set out.

"What we've seen over the last 12 months has been the opposite, where players training have shown their dedication and commitment to playing their role in response to Covid. In the context of very difficult restrictions for the public and the ongoing lockdown, people are very frustrated today."

A breach of training rules sees Dublin football manager Dessie Farrell suspended for 12 weeks. As to what other sanctions might follow for Dublin, well we'll have too see what GAA decide @MartyM_RTE #rtenews #rtegaa pic.twitter.com/vPpM4LiQdl

With Farrell now suspended until the 24 June, Dublin GAA are set to face further sanctions, with Irish Independent journalist Colm Keys telling RTÉ 2fm's Game On: "Earlier in the day, Croke Park issued a statement saying that they too will be investigating it. I'm sure there has been communication with Dublin; suspending the manager is one thing, but the GAA will be looking at additional punishments around this - the loss of home venue for one league game being most likely if consistent with other breaches that have happened recently.

"You don't want to preempt things but there could be a weightier ban given that it has happened against the backdrop of public health advice. Such a scenario wasn't clear back in early January when it wasn't clear that GAA teams had lost that elite status. The assumption was still there that an elite group could train." 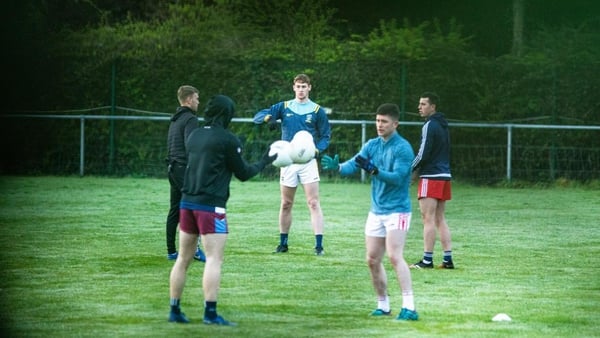