Cavan boss Mickey Graham says that Gaelic football managers are "open to change" as the GAA prepares to vote on changes to the championship structure next month.

If neither option gets 60% of the vote, the structure will revert to that of this year (provincial championships plus qualifiers) or 2018-19 (super 8s instead of quarter-finals).

Graham said that a majority seemed to be in favour of the combined league/championship option but that he would have to discuss the proposals with his management team and players before making his mind up.

"A lot of managers, players and counties probably feel it's time to change the thing up and freshen it up," he told RTÉ Radio 1's Saturday Sport.

"We're all open to change and what's the best way to go about it?

"It will be interesting to see what happens.

"I'd say the GAA still have a lot of communicating to do with management, players and county boards before they make any decision on that." 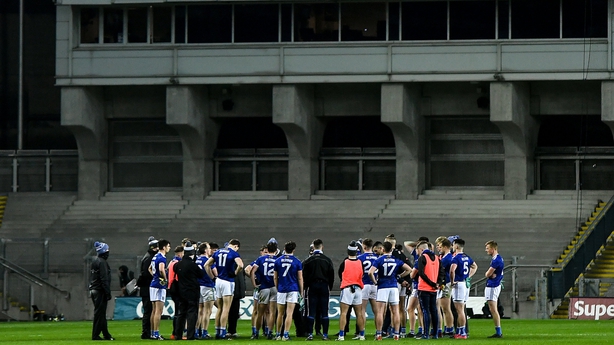 Graham's side will play in Division 3 this year but even if they fail to win promotion will not be playing in the Tailteann Cup after their first Ulster SFC triumph in 23 years last November.

The GAA has decided that there will be no inter-county activity until the planned easing of Government Level 5 restrictions on the Coronavirus on 5 March.

There has been some speculation that league fixtures might then begin at the end of that month but Graham insists that teams will need four full weeks of collective training to get up to speed.

"Obviously people's health and player welfare comes first but you'd like to think if things keep improving the league could get up and running maybe the first week in April.

"They're talking about looking at it again after 5 March and maybe starting the league at the end of March but I feel three weeks wouldn't be enough time to prepare a team to get ready to play competitive football.

"It will take four weeks alone to get players up to match fitness.

"We'll just have to play it week by week. There is a lot of uncertainty there, and you don't want to be overloading players with too much information and stuff to be doing on their own at this time.

"You'd like to think in a few weeks that the picture will become a lot clearer and the GAA will be able to clarify whether the league is going to start on time or if it's not and if they have other plans in place."