Former Kerry football star and RTÉ GAA analyst Tomás Ó Sé‏ believes that it would be 'lunacy' to restart inter-county GAA in the current Covid-19 climate.

Ó Sé‏ also warned that the National Leagues may have to sacrificed or modified in some way, with the Government set to met today to decide whether to extend the current Level 5 Covid-19 restrictions until early March.

The GAA are expected to provide an update on its plans for the season ahead at the end of February and they still hope that the league and championship competitions will be played, depending on public health advice.

It is now almost certain however, that the commencement of the Allianz leagues - due for 27 February - will be pushed back towards the end of March at least.

Ó Sé warned that whatever plan the GAA come up with will have to be fluid in order to adapt to a constantly changing situation and held up the prospect of scrapping the National League this year.

Speaking on Morning Ireland on RTÉ Radio 1, he said: "I think this lockdown is tough on everyone, I think that everyone is suffering and everyone is struggling so it would be great to see the National Leagues and great to see action.

"But it’s a tricky one, I think it’s different to pre-Christmas when the numbers were way down and even when they were down, people were wondering why the GAA who have players immersed in the community get to actually put their players out and play games.

"In the current situation with numbers the way they are, I think it would be reckless and irresponsible to go back into it.

"I don’t think the GAA have a right to go back into it right now with the way that numbers are. I think they’d have to wait and hopefully get numbers down and get schools back open and all that, then hopefully the GAA can come back into line.

"But right now I think if it stays the way it is, that we’ll be in danger of losing the league because there’s no way you can safely put players out. I just think it would be lunacy.

"I just hope that the numbers come down to a place where it would be safe to do so. It’s very difficult for the GAA to predict what the numbers will be in a month’s time so I think whatever plan the GAA will give, I’m not sure it will be set in concrete." 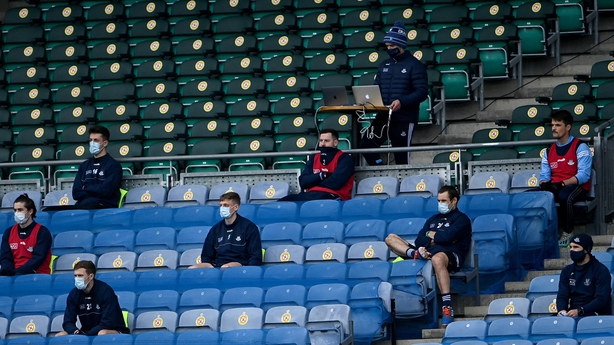 While the pandemic has had a huge impact on GAA and the financial statements of county boards, Ó Sé believes that not all enforced changes have been detrimental to the game.

In his annual report to the upcoming provincial convention, Connacht CEO John Prenty makes the argument that the pandemic has helped the association to stumble on a new formula for the years ahead.

Prenty called for the split season template to be made a permanent fixture, for match-day panels of 26, and senior team panel expenses for only 32 players now on the table.

He also suggests that the payment of team expenses could be continued to be paid centrally with additional costs confirmed by an auditor, and that the policy of allowing teams to meet a maximum of three times per week - two sessions plus a game – could be maintained.

Ó Sé is fully behind those suggestions and believes that changes made to the season last year could point the way forward in the future.

He said: "The pandemic has thrown up the question, do we need to train 12 months of the year, do the inter-county lads need to be training as often as they do?

"I think what happened before Christmas in the way that the club and county was divided has just given us a pathway, but certainly if teams stuck to three days a week, there was no issue last year with the fitness of inter-county teams.

"The pandemic has proven it can be done but the danger is to police it. Going with bigger more professional backroom teams, some teams are able to do it and it becomes a financial issue.

"There’s a lot of pressure on inter-county teams at the moment and they’re wondering outside of the health factor if they can actually afford to go with the National Leagues this year so it is a huge problem.

"The real difficulties for most counties is that they can’t afford this runaway train. The balance of the whole thing is lopsided.

"There’s too much given the time that inter-county players are giving at the moment is too much. In the last five or six months it has shown us that the balance in completely wrong.

"We got some great games last year and it has proved to us that you can have actually have a level of fitness and whatever else is required and train only three times a week."