Rising Galway star Tomo Culhane ensured that it won't be a Dublin dominated weekend at Croke Park with a stunning 1-06 to secure the EirGrid All-Ireland U-20 title for the Tribesmen.

The powerful Salthill-Knocknacarra attacker was on the losing side despite scoring 10 points in last year's All-Ireland minor final against Cork, but he made up for some of that misery this time.

His 37th-minute goal was the game's key score as it put the Connacht champions into a winning position and they just about held on for their first win at the under 20 grade, their last win at U21 level coming back in 2013.

Galway senior Matthew Tierney overcame a knee issue and had a strong game too, kicking what proved to be the winning point, while Donal O Fatharta's defence held a fancied Dublin attack well with captain Jack Glynn outstanding.

Dublin finished strongly against Tyrone in their previous game back in October to seal the win that day and threw everything at Galway this time too, reducing the deficit to a single point but couldn't get any closer.

Galway were without several key players for their semi-final win over Kerry due to Covid-19 issues and made several anticipated team changes.

Galway senior Paul Kelly, Cathal Sweeney - who was replaced through injury after 18 minutes - and Culhane all came into the team while Dublin returned captain Rory Dwyer to their line-up.

Dwyer was an ever present throughout the Leinster Championship in spring but only appeared as a sub in the All-Ireland semi-final win over Tyrone following an injury.

Tierney moved to full-forward for the throw-in and worked a clever mark just seconds into the contest to set up Galway's opening score.

Ciaran Archer, the reigning U20 Player of the Year who came into the final with 1-23 to his credit following a remarkable 10-35 in the 2019 campaign, spun away from his man to snipe a Dublin point and level it.

The exciting start suggested an open encounter and that's what followed with Galway edging the opening exchanges and opening up a 0-04 to 0-02 lead.

Tierney and Culhane scored two points each and Ryan Monahan, an All-Ireland Intermediate club winner at Croke Park with Oughterard early in the year, had a superb goal chance but over-carried.

Dublin responded with points from Mark Lavin, a consistent performer throughout their six-game campaign, and Brian O'Leary, a finalist in 2019, to tie it up at 0-04 apiece at the water break.

Dual player Lee Gannon was impressive for Dublin throughout and set up a Luke Swan point but it was their only score for the rest of the half and Galway took a deserved 0-08 to 0-05 lead at the interval.

The Connacht champions outscored Dublin by 0-04 to 0-01 in the second quarter with scores from Culhane, Tierney and Matthew Cooley leaving them in a strong position in a relatively low scoring game.

Culhane stretched the lead to four early in the second half and then struck a 37th-minute goal that left Galway in a strong position, 1-09 to 0-06 ahead.

Tierney did the running in the build-up to the goal before eventually laying off to Culhane whose shot deflected in off Dwyer.

Archer won a free that Lavin pointed for Dublin and Lorcan O'Dell split the posts shortly after as Dublin regained some of the lost ground.

A resurgent Dublin reeled off four points in-a-row late on and twice reduced their arrears to a single point but time simply ran out for them as Galway held on with Tierney's 59th-minute point from a free proving decisive. 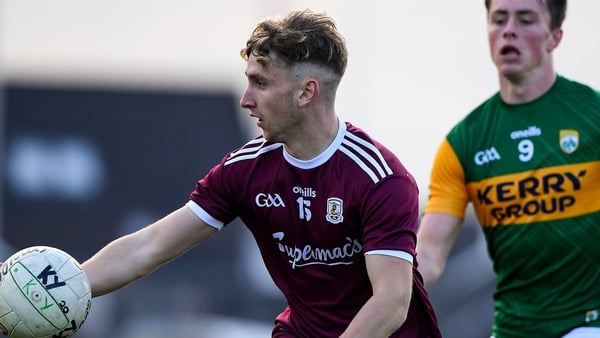 Under-20 decider to be played before All-Ireland final