Waterford were appearing in the final for the second time in four years, but they once again came up against a county at the top of their game.

The Déise would have been happy to only be three down at the break after hitting three quick-fire points at the end of the first half.

Earlier, Stephen O'Keeffe had made a brilliant double save to prevent Kyle Hayes and then Cian Lynch from finding the net.

But Limerick still looked comfortable as the second half wore on, and as Cahill's men began to look for a goal themselves, the Treaty City men were able to keep the scoreboard ticking over with points to claim their second crown in just under 28 months.

"A really difficult day," Cahill told RTÉ Sport after the game. "Limerick were really good for their victory. A powerful outfit.

"We picked a bad day to lose our bit of consistency, and our choices and decisions on the ball. But that was mainly down to the pressure we were playing under too, from the way Limerick were coming at us.

"Massive congratulations to Limerick. They're a really good team and I think they'd have been a real test for any opposition today.

"Limerick bring such a game-plan that they've so many options and so many fellas that you've to keep an eye on. They're creating an overlap and when you're concentrating on them so much it's very hard to implement your own game style." 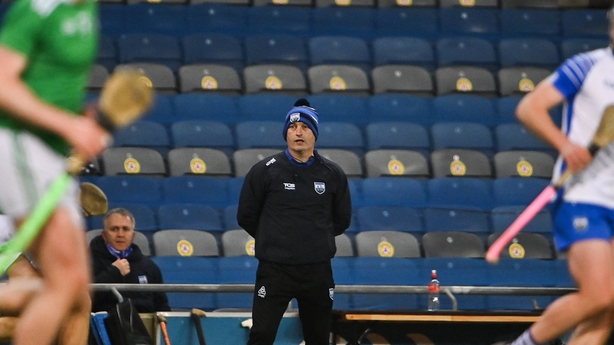 Waterford had their goal chances but Nicky Quaid was equal to everything they launched at them and the loss of Tadhg de Búrca to a leg injury in the second quarter was undoubtedly a real blow.

Despite a 2020 in which they exceeded most expectations, Cahill still said the result was hard to take.

"We came today to have a real cut. I know the scoreboard today in the end wasn't pretty, but they gave it everything.

"Looking in from the line they emptied their stomachs to try and cling in there and do the right things. It wasn't from the want of trying today, we just met superior opposition."

"It's (the dressing room) a fairly raw place down there at the moment."

With 2020 having been such an unusual season and hope in GAA circles that the competition format will return to normal for next year, Cahill says he's determined to prove that their run to the final was no flash in the pan.

"We'd like to think that we'd made great progression this year but the real test of us will be next year, and how we can build on that and make sure our progression stays on an upward curve.

"That's a job of work for me and the management team to get down to work early next year and try to unearth a couple of new players again to give ourselves more options.

"Looking at our whole strength and conditioning side of it as well to make sure that we can physically improve and be able to match the likes of Limerick and other counties out there that are so physical in the modern game.

"Big job ahead but a good year and good experience for a lot of the players down there today." 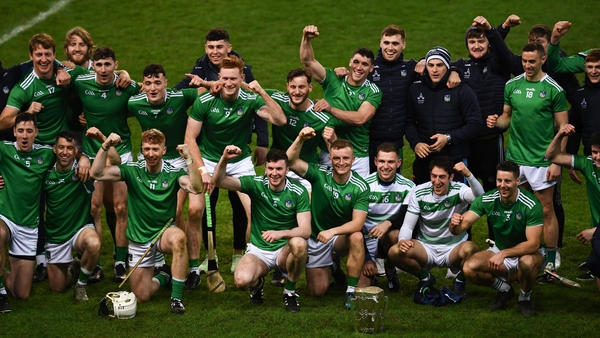