Dublin manager Dessie Farrell has encouraged the Irish Government to relax their 'behind closed doors' policy for the 2020 All-Ireland finals.

Speaking after his side qualified for their sixth successive decider following their 15-point semi-final win over Cavan, Farrell said that it would be only fair that some family members and friends were allowed in for the two deciders.

It was announced in the lead-up to this weekend’s football semi-final clashes that restrictions on panel members attending games had been eased as the government returned to Level 3 restrictions in response to the Covid-19 pandemic.

Prior to that, matchday numbers had been restricted to 26 panel members and 12 backroom team members, but all players were able to attend the Croke Park game between the Dubs and the Ulster champions.

Farrell is hoping that they go even further for the 13 December [hurling] and 19 December [football] finals.

"For a player to end up on the pitch here tonight, or on any given day, there is a huge amount of support in the background."

"I just think generally for an All-Ireland final, it's such a special cultural occasion in this country," he told RTÉ's Saturday Sport.

"It’s a shame for family members if there wasn’t some allowance made for those.

"You look around the country today, we’re back in Level 3, every shopping centre the length and breadth of the country is full of people buzzing around.

"The GAA have demonstrated that they can manage the situation really, really well. I think having another couple of hundred or even a thousand people in for both the hurling and football finals would make very little difference.

"People need to realise, and I’m encouraging the authorities to think about this, for a player to end up on the pitch here tonight, or on any given day, there is a huge amount of support in the background.

"Family members, loved one, friends, work colleagues that make huge sacrifices to allow that to happen and from a players’ perspective they’d like to recognise that and they’d love if they were in a position to attend an All-Ireland final."

Farrell said that even with the relaxing of restrictions midweek, some of Dublin’s management team were unable to attend their semi-final clash at Croke Park.

"There were a number of our backroom team who weren’t in a position to come tonight because the numbers wouldn’t allow it but yet they’re at our training sessions a couple of times during the week. 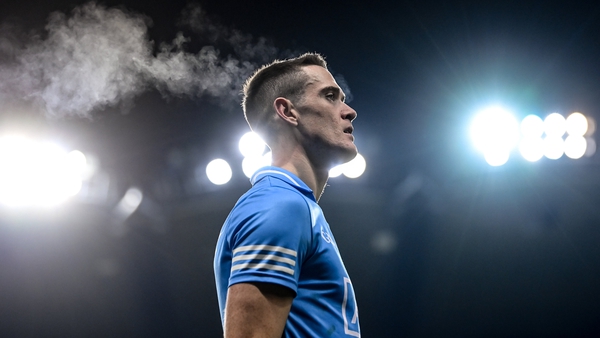