RADIO
Live commentaries and reports on Saturday Sport (Radio 1 Extra from 1pm, Radio 1 from 2pm) and Sunday Sport (from 1.30pm).

The first of Saturday's two All-Ireland SHC quarter-finals is a mouth-watering affair.

Reigning champions Tipperary face 2017 winners and 2018 runners-up Galway in Limerick for the first time in the championship since their semi-final meeting three years ago.

That game completed a classic trilogy of successive semis won by a single point - (2-1 Galway) and is best remembered for Joe Canning's last-second winner from the sideline.

Galway threw away a commanding lead in last week's Leinster final, mostly thanks to a combination of wastefulness and the genius of Riche Hogan.

The question is whether that will have knocked their confidence or made them realise how dominant they had been for the majority of the game.

Better decisions on when to go for goal - two points were spurned that would have earned a draw - and prompter replacements of tiring personnel will be needed this time. The impact of their powerful forwards, Canning aside, dipped alarmingly in the second half.

It's Shane O'Neill's first campaign in charge but the players should recall that they beat Tipp without scoring a goal in '15 and '17 and could do so again. 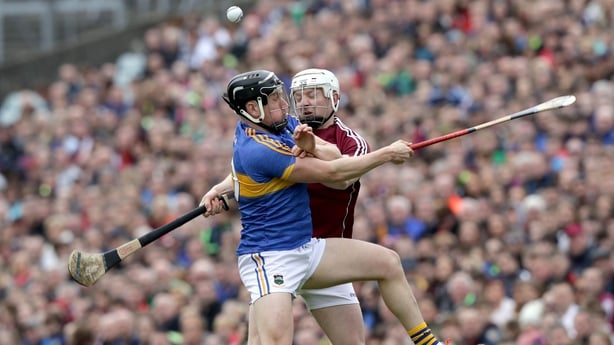 Tipperary were sluggish in their opening defeat to Limerick and needed a green flag from Jake Morris (his second in two games) to hold off a late Cork rally last weekend.

John McGrath was taken off early in that game but Hurler of the Year Seamus Callanan finally broke his scoring duck with two points from play and the (slightly) better conditions promised for this weekend might help their undoubtedly talented forward line, one certainly capable of the kind of movement and interplay that Galway couldn't handle against the Cats.

Even if that duo don't rediscover last year's form, Michael Breen (five points from play against Cork) and Jason Forde 1-16 (15f) are providing enough on the scoreboard to ensure it should be tight - though Forde is believed to be nursing a tight hamstring.

The return of Patrick 'Bonner' Maher and Dan McCormack has also added a toughness that will be badly needed against a team that is up there with Limerick in terms of physical power.

It is worth remembering that Liam Sheedy has lost only one semi-final in charge of Tipperary, against Waterford in his first year in charge (2008), and his teams have tended to improve with each game.

Dónal Óg Cusack's verdict: "Galway, to me, look better than Tipperary but, let's face it, they looked better than Kilkenny too.

In the second quarter-final we have two teams who would probably have chosen each other before the draw.

Clare have had the better of Waterford in the last couple of seasons but find themselves underdogs coming into this clash of two first-season managers in Liam Cahill and Brian Lohan.

That's firmly based on form - Clare were blown away first day out against Limerick and then struggled past Laois, though admittedly with 14 men.

The Banner truly impressed for the first time in dismissing Wexford last week though and in Tony Kelly they have the player of the championship to date.

They will need him wearing his cape and outside underpants again this weekend to have a chance.

David McInerney returns after missing the Wexford win through suspension but Lohan said this week that the game would come too soon for captain John Conlon, who injured his cruciate ligament earlier this year.

The Déise were better value for their victory over Cork than the four-point winning margin suggests and gave Limerick a much sterner test in the Munster final than Tipp or Clare managed.

Former Tipperary U20 All-Ireland winning manager Cahill took the unusual step of singling out former All-Stars Austin Gleeson, Tadhg de Burca and Jamie Barron as players he expects a big game from tomorrow - Gleeson scored 0-03 against Limerick but didn't have quite the same impact as the others.

Shane Fives could miss out with a quad injury after limping off late in the loss to the Treaty.

Clare have had an extra day's rest for this one but they are also out for their third weekend in a row, which should balance the scales.

Dónal Óg Cusack's verdict: "It's fair to assume Liam Cahill has noticed (Tony Kelly's impact), and will take measures to escort the Ballyea man into lesser levels this weekend.

"Easier said than done, but if Waterford can do that, make sure while hunting Kelly that they don't lose sight of Shane O'Donnell's ability to be match-winner, and squeeze a full shift from some of their own attackers, they will be the ones preparing for an All-Ireland semi-final."

It's heating up in the battle for spots in the Joe McDonagh Cup final. The winners of that game will be promoted to a six-team Leinster SHC next year - even if it's Kerry, who previously would have had to play off against the bottom team in Munster.

As it stands, table-toppers Antrim, who are off this weekend, have five points and with a healthy scoring difference of +26 will expect to secure at least the point that they need next week against winless Meath.

On Saturday, the Royals face neighbours Westmeath, who have also lost twice. That makes the clash between Kerry and Carlow in Tralee effectively a play-off for the final.

Carlow were in the Leinster Hurling Championship last year and Division 1 of the league in the spring but can't be overly confident of victory against a Kerry team that has players of the calibre of Shane Conway, who scored 1-07 in their defeat to Antrim last weekend.

The Barrowsiders will be without James Doyle (leg), who is on his way back from injury. 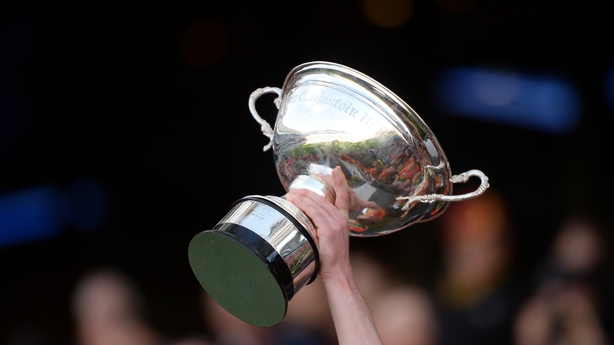 Two former winners will be competing to become the 2020 champions when Down and Kildare meet at Croke Park in what is the centenary year of Christy Ring's birth.

2013 winners Down are in their second consecutive decider after losing to Meath last year, while David Herity's Kildare have reached this stage for the second time in three years.

Kildare’s 2018 success was their second at this level and while they surprisingly bowed out at the group stage in their title defence, they have bounced back in the delayed 2020 campaign.

Down beat Offaly - on penalties - to get here while Kildare got past Wicklow and Roscommon.

Remarkably, given these counties’ ever-present status in the Christy Ring Cup, this is their first meeting in its 16th year.

Dónal Óg Cusack's verdict:  "Down were the story of last weekend when they knocked out Offaly after the first ever inter-county hurling championship penalty shootout.

"They were full value for their victory though, with Offaly having to scramble two late points in extra-time.

"This is a very tight call, with Kildare looking to add to their titles of 2014 and '18 but I expect Ronan Sheehan's Down to have learned from their defeat in last year's decider and I am giving them the nod."

The Nicky Rackard Cup decider also pits two former champions against each other at Croke Park.

Donegal are in their fourth Rackard final, having won two of their three previous appearances in 2013 and 2018.

Regular Christy Ring competitors Mayo made their last run to GAA HQ count by lifting the 2016 title, having seen off Donegal at the semi-final stage.

Dónal Óg Cusack's verdict: "Both Donegal and Mayo come into this final after big wins at semi-final stage.

"Donegal are going for a third title in this competition but I expect Mayo, through the likes of top-scorer Shane Boland and Cathal Freeman, to push them over the line." 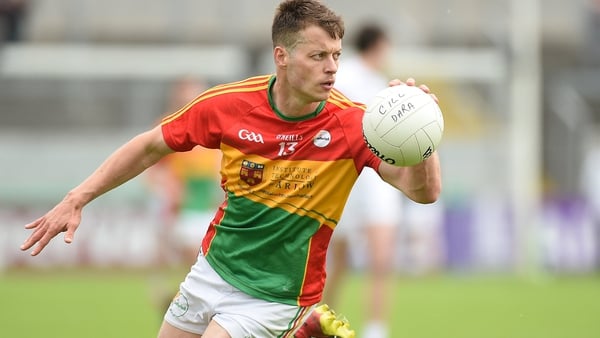