There is a double-header of provincial semi-finals from Connacht and Munster on The Sunday Game on RTÉ2 and the RTÉ Player.

GAAGO has coverage of all three remaining Leinster quarter-finals, while BBC NI will be showing the Ulster clash of Fermanagh and Down.

As always, the weekend's highlights can be watched on The Sunday Game, from 9.30pm on RTÉ2.

Live updates of all the action on Sunday Sport on RTÉ Radio 1.

A mainly dry afternoon with the chance of a shower. More persistent rain is due over Munster later in the day, but hopefully it won't quite be as bad as the conditions we had to suffer by the banks of the Lee last Sunday

Find the latest team news for the weekend's fixtures here.

The decline of the provincial championships?

Another nine counties were preparing for their final game of the championship ahead of this weekend, and that would be 10 if it wasn't for the fact that Sligo were hit with a Covid-19 breakout and conceded their Connacht SFC semi-final against Galway earlier in the week.

It means 19 counties, plus New York and London, will be done with championship 2020 by Sunday evening,  with two of Cork, Kerry, Mayo and Roscommon to be included in that bunch.

The GAA's Fixtures Task Force this week put forward potential options for championship change which would see the traditional provincial championship moved to earlier in the year, or the format changed to include Leinster counties in Munster and Connacht, as well as an Ulster county also heading west.

For this most unusual of years though, the old straight knockout provincial championships will do very nicely, thank you very much!

There are two standout games to look forward to, but arguably the highlight is in the west, where Roscommon put their title on the line against Mayo.

Connacht has been very hard to pick for the last five years, with no team having gone back-to-back since Mayo did it in 2015. That was their fifth provincial title in a row, but it also happens to have been their last.

The Green above the Red haven't appeared in a Connacht final since, with their trips through the qualifiers always proving to be one of the stories of the championship, particularly in 2016 and 2017 when they almost went on to lift the Sam Maguire.

There is only one door this year - the front - so can Mayo end Roscommon's defence of their Connacht crown?

One of the talking points of the Allianz League over the last number of seasons has been whether it's better to be playing against better teams in Division 1, but losing a la Mayo this year (also see Leinster below), or playing slightly easier games in Division 2, but racking up the victories in a promotion run, a la Roscommon. This Sunday might give us a good answer to that question.

Mayo have been goal hungry since the return - six goals in three games - and what Anthony Cunningham can come up with to nullify this threat will go a long way towards deciding the tie.

Tommy Conroy has looked very sharp in the corner for them, alongside the ever efficient Cillian O'Connor, while Aidan O'Shea as a potential target man gives the visitors options.

That said, while Galway and Leitrim didn't really lay a glove on them defensively, Tyrone showed that there is space to exploit in that Mayo back six.

"I have great time for Mayo," he said.

"I don't think they're gone away but I have a funny, sneaky feeling that Roscommon could sneak this one. I think they fear nothing in Connacht and I'll give them the nod."

Ten years ago, Cork versus Kerry would have been the game of the weekend by a long shot. The pair had some memorable encounters around the turn of the last decade with a general rule that the Rebels often won in Munster, while the Kingdom always won at Croke Park.

Kerry then were coming off their "team of the decade" era, while Cork finally got their hands on Sam Maguire in 2010. Things have changed a bit since then.

Kerry have won just one All-Ireland since, while Cork spent the extended Allianz League in Division 3 this year.

Across the pond we've heard so much about "paths to the White House" this week, but both of these counties will point to underage success as their "paths to Sam" over the coming years.

David Clifford's appointment as Kerry captain back in January was a reward for an exceptional player, but also a clear sign of the changing of the generational guard in the south-west.

The players that were given game time in the victory over Donegal last month that saw them claim the Allianz League title included four of the Kingdom's All-Ireland minor winners from 2014, four from the minor winners of 2015 (including Tom O'Sullivan, who played in both), another four from their 2016 success at the grade (including Sean O'Shea who played two seasons at minor), while Diarmuid O'Connor and Clifford were still playing minor in 2017 when they claimed the county's fourth of five minor titles in a row.

That's 10 players coming into the senior team, and all in all it gives you an idea of the turnover that has taken place in Kerry. Those bucks are reinforced by the likes of Paul Murphy, Peter Crowley, David Moran and Stephen O'Brien who all have senior medals in their back pockets from 2014.

Neighbours Cork do have one thing in recent times that their illustrious neighbours don't - an All-Ireland under-20 title, which they claimed in impressive fashion in the summer of 2019. They added an All-Ireland minor title later in the year.

Last year they almost ambushed Kerry in the first football championship match at the new Páirc Uí Chaoimh, and with promotion from Division 3 secured in impressive fashion this year, winning the six games they were able to play, there seems to finally be some light at the end of the tunnel for Cork football.

Can they channel the spirit of that late noughties period, when they beat Kerry three years out of four in the province? Maybe, but it might be a couple of years too early for them.

Still though, with the added element of straight knockout, it makes for a fascinating duel.

On Sunday week, the winners of the match between Down and Fermanagh will face Cavan after the latter's win over Antrim on Saturday.

The Mourne Men will replace the Ernesiders in next season's Division 2. Fermanagh were massively disrupted by a Covid-19 breakout in their squad as they ultimately failed in their battle to avoid the drop.

Their only victory this year was an impressive one against Roscommon, but that was back in early February. Ryan McMenamin faces a massive challenge to get a result, but they might well take heart from Cavan's win over Monaghan.

Paddy Tally's philosophy with teams has been about getting defence right. They shipped a big total against Louth in their final league game, but that was with an experimental squad of players.

They conceded just one goal in the other five league games they played, so the contest at Brewster Park might well be a bit of a dogfight.

Longford versus Laois is the other game on that side of the draw that features champions Dublin who saw off Westmeath on Saturday evening.

Longford did what they had to do to get over Louth on a truly miserable day last Sunday. They reached the provincial semi-final two years ago for the first time since 1988, and they will fancy their chances of doing the same again.

Laois though were mid-table in Division 2, as opposed to Division 3 like Padraic Davis' side, and they will rightly go into the game as favourites.

Coming off the back of two consecutive promotion campaigns, it's an impressive run for the O'Moore Men. The departure of John Sugrue in the summer of 2019 might have killed their momentum, but Mike Quirke has taken over where his fellow Kerryman left off.

On the other side of the draw, four counties have a big chance of reaching the Leinster final. Meath and Kildare will naturally be the favourites to do so.

The Royals face a trip to Aughrim to play an in-form Wicklow team. As we mentioned here last week, the Garden County have made some progress at underage level to go with their promotion from Division 4.

Meath have been threatening to catch up with Dublin for half a decade now, and their promotion to Division 1 gave those who remember the Leinster championship pre-2005 some hope.

But the Royals - like Kildare, Westmeath, and Laois before them - ended up being another Leinster county in recent years that could only hack one season in the top flight.

For all the slightly tongue-in-cheek talk of Aughrim being a difficult place to go, in all seriousness it's proven more difficult for Wicklow to win there in recent years than anybody else.

You have to go back to 2013 for the last time they claimed a provincial scalp there, and they've lost four of their last five championship games at the south county venue, with the exception being a 2014 round 1 qualifier win over Offaly.

Despite their relegation from Division 1, Meath should be battle-hardened enough to come away with the win.

The last game of the weekend takes place at MW Hire O'Moore Park, where Kildare and Offaly lock horns.

These times played out some classic games in the province around the turn of the millennium, but you have to go back to 2006 for the last time the Faithful County tasted success over their midland neighbours - a reflection of where the county is in the world of Gaelic games.

Daniel Flynn's return at the start of the year was very welcome for Jack O'Connor, while the former All-Ireland winning manager with Kerry was also able to convince Ben McCormack to return to the squad over the summer.

Offaly come into the game off a victory over Carlow that should have been more comfortable than it was in the end.

Games between the counties are usually tight - other than in 2012 when Kildare won by 13 - with only a score or two between the teams. Expect something similar on Sunday evening, with the Lilywhites heading for the last four. 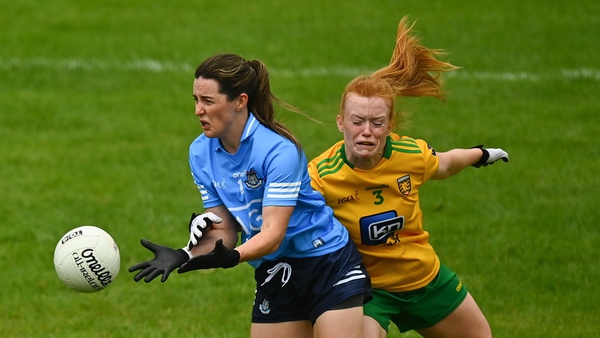