Cork and Dublin will meet next weekend, while Clare are up against Laois after the draw for the All-Ireland Senior Hurling Championship qualifiers was made.

In the draw conducted on RTÉ Radio's Morning Ireland, Tipperary and Wexford received byes to the second round of the qualifiers and will face the winners of the opening round games.

The first round qualifiers will be played at neutral venues next weekend.

Nowlan Park will host Clare against Laois on Saturday at 1.15pm, with Semple Stadium the venue for the meeting of Cork and Dublin at 3.45pm.

There will be an open draw for round two. 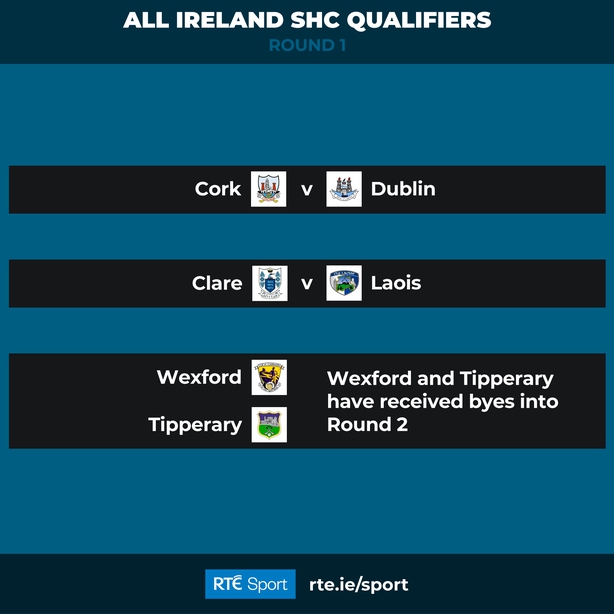 Clare were knocked out of the Munster Championship by Limerick two weeks ago at the quarter-final stage, while Cork and Tipperary were defeated by Waterford and Limerick respectively last weekend.

In Leinster, Laois lost to Dublin in the quarter-finals, with the winner in turn losing to Kilkenny on Saturday. Wexford were eliminated from the Leinster Championship by Galway.

The clash of Cork and Dublin will be live on Sky Sports Mix, with Clare v Laois on GAAGO.

The Munster Football Championship semi-final between Limerick and Tipperary in the Gaelic Grounds will be live on Saturday at 1.15pm.

On Sunday, the Connacht Football Championship semi-final between Roscommon and Mayo is live on RTÉ2 at 1.30pm, with the Munster last-four match between Kerry and Cork on the same channel at 4pm.

The three matches will also be available on RTÉ Player, with a host of other games on GAAGO.

Wexford and Tipperary receive byes into round 2

The draw as it happened 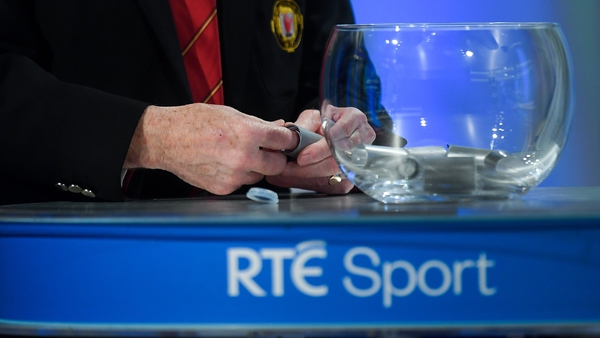