Donegal manager Declan Bonner praised his team for digging out a victory over Tyrone in atrocious conditions at Ballybofey on Sunday.

The Tír Chonaill men advanced in the November rain after their candle burnt strongest in a close final quarter, with late points from Ciaran Thompson and Oisin Gallen pushing them over the line.

The game marked the first all-Division 1 clash of this year's old-style straight-knockout championship, and it means Donegal still haven't lost a game in the province since the 2017 semi-final.

"Conditions were terrible out there. We know in Donegal that we've got brilliant footballers.

"Today it was about digging deep - we dug really, really deep there today. And it's always tough against your closest rivals Tyrone.

"We got off to a poor start but we settled into the game in the first-half. We started well in the third quarter, kicked a couple of scores."

Donegal took a two-point lead into the break but a dropped pass by Eoghan Ban Gallagher gifted Tyrone a goal chance, and Darragh Canavan made no mistake to finish to the net.

The concession of the major might have knocked the stuffing out of Bonner's men, but instead the Donegal manager viewed it as a positive moment for his team.

"I thought the goal was the turning point. We gave away a terrible goal but I thought our response immediately afterwards was excellent.

"We kicked three scores on the bounce. Over the 76 minutes I thought we were the better team." 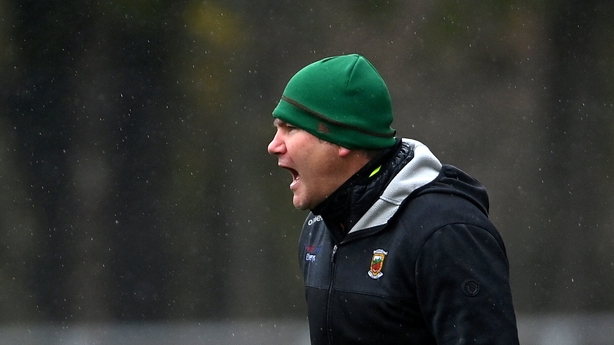 Elsewhere, Mayo manager James Horan said he was happy to see half-time in their victory over Leitrim in the Connacht quarter-final.

The massive underdogs, relegated to Division 4 of the Allianz League last weekend, made a bright start at Avantcard Páirc Seán Mac Diarmada and led by four points early on.

Mayo gradually began to find their rhythm and took a three-point lead into the break thanks to a Tommy Conroy goal on his championship debut.

And they converted that into an 11-point winning margin to set-up a semi-final with Roscommon next Sunday.

"In the first-half we were a bit sluggish," admitted Horan afterwards.

"Leitrim were the opposite. But we managed to get in at half-time and I think we opened up a little bit in the second-half - it still took time.

He concluded: "We're just delighted to get through. No injuries, seven debutants got on the field."