On Saturday, Monaghan v Cavan is live on Sky Sports Mix, while you'll be able to see Waterford v Limerick on GAAGO.

On Sunday, Donegal v Tyrone will be live on RTÉ2 and the RTÉ Player, while you can watch Leitrim against Mayo on the RTÉ News channel.

The Munster and Leinster matches on Sunday are available on GAAGO, while Derry versus Armagh clash is on BBC Northern Ireland.

As always, the weekend's highlights can be watched on The Sunday Game, from 9.30pm on RTÉ2

Saturday doesn't look like much of a day for football. The teams at Clones will have to battle the conditions as well as each other with a Yellow Wind Warning in place nationwide until 4pm.

The weather is supposed to dry up by and the winds should die off somewhat by Saturday evening, so conditions at Fraher Field should be better.

Further rain will clear early on Sunday to leave a mostly dry afternoon, although more wet weather is expected by evening time. Some strong, potentially gale force gusts of wind throughout the day.

While the hurling teams came in cold, with no Allianz League games to test the fitness levels, every football team playing this weekend has had at least one league game to get back into the swing of things.

The difference for big ballers is that this is sudden death - there are no second chances, with defeat meaning the end of the 2020 season.

Undoubtedly the games of the weekend are in Ulster, with four counties that will be playing in Division 1 of next year's national league campaign involved.

Tomás Ó Sé told RTÉ's Morning Ireland that Donegal versus Tyrone was the "match I've been waiting for all season."

He continued: "It's the hardest game of the weekend to call but I do think Donegal might have that little bit too much for Tyrone. We could have penalties but I’ll go hesitantly for Donegal."

These counties have clashed regularly in championship over the last decade - nine times in fact. Donegal have the better record, with five wins to Tyrone's three, and they won the most recent encounter between the sides in last year's provincial semi-final.

That said, the Red Hand won the previous three games, and they looked impressive in relegating Mayo last weekend, particularly Conor McKenna who hit two goals, to add to the three-pointer he scored in the league game between Tyrone and Donegal two weeks ago.

All things considered, the game should be a cracker.

The other games in the north will see an in-form Armagh side travel to take on Derry, who only missed out on promotion from Division 3 based on their head-to-head record against Down.

It's taken the Orchard County eight years to get back to the top flight, and their promotion will be very satisfying for manager Kieran McGeeney.

The winner of this game has Donegal or Tyrone to deal with on 14 November, so things are only going to get more difficult from now on.

On the other side of the draw, it's Monaghan and Cavan at Clones. The Farney men continue to defy the odds for a county of their population, holding their own in the top flight since their return in 2015.

2019 was a disappointing championship campaign for them however, but Seamus McEnaney, back for a second spell in charge of his native county, will see this year as a very good chance to, at the very least, reach a provincial decider with no other top flight teams on their side of the draw. 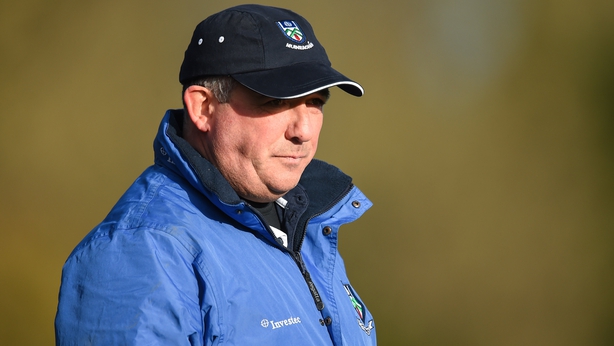 There was a genuine sense, not so long ago, that Cavan might be about to get back to the big time. They won three Ulster under-21 football titles on the spin between 2012-2014, and they had momentum after gaining promotion to Division 1 in 2016 and 2018.

However last week's drop back down to Division 3 - a second consecutive relegation - would have been a big blow to the county, and the loss of the likes Dara McVeety, Conor Moynagh and Killian Clarke from the panel earlier in the year gives a sense of some of the difficulties they are facing.

That said, they have a top manager in Mickey Graham, the man who brought a first ever senior Leinster club title to a Longford club with Mullinalaghta back in 2018. Despite their recent setbacks, they know an upset on Saturday, against a team they beat in last year's Ulster campaign, will leave them just two games away from another Ulster final.

The weekend's clash in the west should be straight-forward for Mayo. The Green above the Red were relegated from Division 1 of the Allianz League last weekend, undoubtedly a conclusion they wouldn't have fancied.

While there was plenty of schadenfreude from certain quarters on social media, the likes of Donegal and Tyrone have spent time in Division 2 in recent seasons, and it hasn't done them much harm. 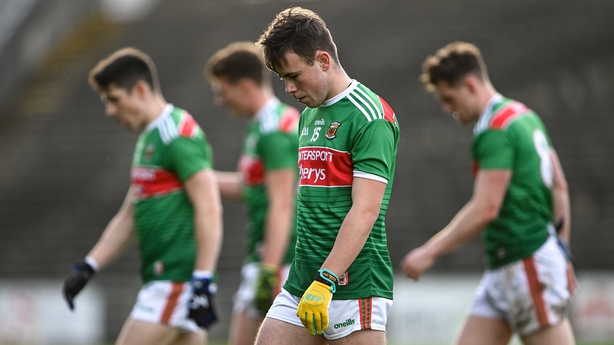 Even in the one-point defeat to Tyrone at Castlebar on Sunday, which ultimately saw them go down, two of the three goals they conceded were from poorly worked short kick-outs - things that should be easy to fix for the coming knockout competition.

As Aidan O'Rourke wrote in his column this week, "Everyone loves to see the rampant green jerseys' high-energy attacking play.

"As fine a side as Tyrone are, every one of the top six teams will create those opportunities if Mayo continue to be so negligent in how they set up to defend and that will ultimately place a glass ceiling above them."

There were plenty of positives for James Horan to take, and their demolition job the previous weekend against Galway was particularly impressive. Would anyone realistically be shocked to see Mayo lifting the JJ Nestor Cup in a few weeks?

For Leitrim, a first campaign in Division 3 since 2008 lasted just one season. It's a huge ask for them, and Terry Hyland will know that.

You'd be be surprised if any of the six teams playing this weekend were to reach the Leinster final.

This is particularly true for the winners of Louth and Longford, who, although they might fancy a shot at Laois next time out, are on the same side of the draw as perennial winners Dublin.

Longford looked comfortable in Division 3 this season, as they have done for the last five seasons since they gained promotion back in 2015. They beat Louth when the sides clashed back in January, as they did the previous January as well.

The midlanders also won the most recent championship encounter between the pair, a 2017 round 1 qualifier.

For their part, the Wee County finished their campaign with a morale boosting victory against Down last weekend, but they were the only points they picked up in the entire campaign. 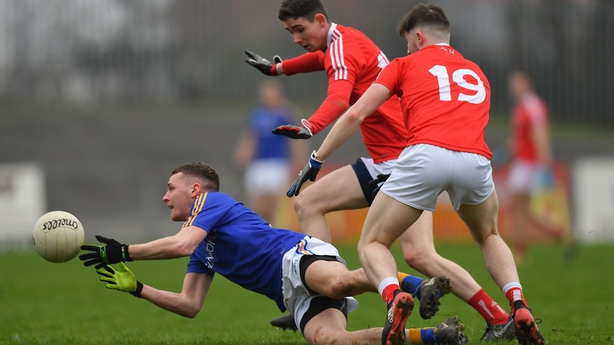 For the other four counties involved this weekend, that target of a provincial final is the realistic aim, although they'll all be sticking to the old "one game at a time" mantra, publicly at least.

Wexford and Wicklow will know each other very well after their clash at Chadwicks Wexford Park last Sunday. That was a game to decide who gained promotion to Division 3, and it was won by Wicklow.

They'll be playing Division 3 next year for the first time since 2013. There have been some positive shoots in the Garden County of late.

In 2018 they beat Offaly, their first win in the province in five years, while their minors beat Dublin and Meath in the same Leinster campaign in 2018.

You have to go back to 2014 to find Wexford's last win in Leinster. They spent a season in Division 3 of the NFL in 2018, but it has not been a good time for the big ball game in a county that prides itself on being one of the few dual counties of the GAA.

The surprising arrival and subsequent departure of Paul Galvin before a championship ball was kicked only adds to the frustration for football followers in the county.

The game on Sunday should be an intriguing one.

The last game in Leinster is the clash of Offaly and Carlow. The Faithful held their own in Division 3, and have a manager with vast experiences in John Maughan.

The momentum brought about by Carlow's impressive 2018 season, which included promotion to Division 3 and a shock Leinster quarter-final victory over Kildare, has someone what dissipated.

Three wins in the bottom tier was their lot for the league campaign, and Turlough O'Brien, who seemed to get the most out of his squad, stepped away during the lockdown of the summer.

Offaly won when these sides met in the NFL in 2019 and 2015, while you have to go back to 2007 for a championship showdown between the pair, which was also won by the Faithful County.

Once since 1935 has a county other than Kerry or Cork claimed the Munster football crown.

But with those two set to face off in the semi-final next weekend, the other four counties have the chance to get to the provincial decider.

On paper, Clare would be the best of the rest. Colm Collins has keep them at good level - mid-table in Division 2 - and the return of Gary Brennan and Jamie Malone will be very welcome for the Banner.

Their opponents Tipperary avoided relegation in Division 3, and come into the game with two wins-in-a-row since the league returned. 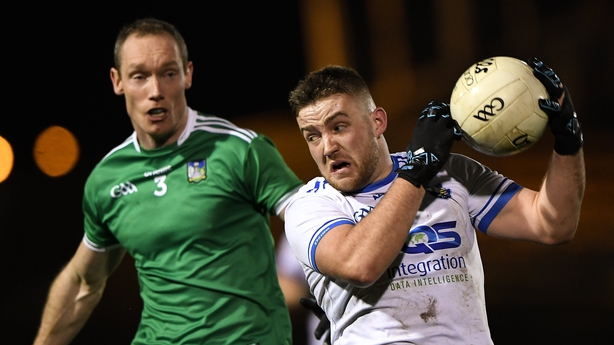 The other game will see newly crowned Division 4 champions Limerick travel to take on Waterford.

The Déise have given Clare (2019) and Cork (2017) a good rattle in Munster in recent seasons, while their qualifier win against Wexford in 2018 was a first in seven years.

Limerick won the league clash between the pair in February and, unless they've been celebrating promotion a bit too hard this week, you would expect a similar result on Saturday evening.