Cavan manager Mickey Graham has said that they "got what they deserved" following their dramatic relegation to Division 3.

The Breffni county started the day fifth in the Division 2 table, but their loss to Roscommon coupled with Laois's late three-goal haul to win in Fermanagh saw them drop to the third tier for the first time since 2014.

"We knew coming into the game exactly what we needed to do," said Graham after the 1-12 to 0-13 loss to Roscommon at Kingspan Breffni Park.

"We wouldn’t want to depend on other results to go our way. We felt it was in our own hands and we had a great opportunity to do something today and we didn’t take that opportunity.

"We probably find that we got what we deserved."

For the second week running, Cavan were left to rue a poor opening half performance having also started slowly in the round six loss to Kildare last week.

"The lads seemed a wee bit nervous but no more than last week. When the game seemed to be going away from us we seemed to be able to find another a gear.

"In the second half I thought we totally dominated. We got lots of opportunities, I think we have double figures in wides and (shots) dropped short. In a two-point game they'll come back to haunt you. They did today just like they did last week."

While keen not to blame match official Sean Hurson, Graham said that there were decisions that seemed to favour the visitors.

"I felt that they got a lot of the easy frees today compared to us," he said.

"Not to complain about the referee, but I definitely thought that we had to work hard for our frees whereas they didn’t. I think the free count in the first half was 9-2 to them, they are little things that all add up in the end.

"We’re not using that as an excuse, we just didn’t perform to where we wanted to perform."

Cavan will have to quickly get over their relegation disappointment as they travel to Clones next Saturday to face Monaghan in the Ulster Championship.

"There’s no time to feel sorry for ourselves, no time to drop the heads and hide in the corner. We’ll just have to take it on the chin," Graham said.

"That’s the league done and dusted, it’s finished now and we just have to look forward to the championship next week.

"It’s a big, big game, Monaghan are going to be raging favourites. They’re playing at a serious level in Division 1 and competing with the top teams so we know what’s lying ahead for us." 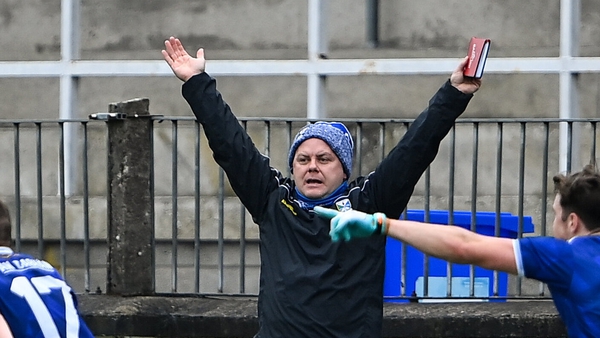 Mickey Graham wonders whether GAA season is worth the risk