The GAA is hoping to have a "limited" rapid-testing approach ahead of the 2020 Championship to respond to suspected Covid-19 cases within inter-county squads.

The Association today confirmed fixture details for the majority of the upcoming All-Ireland football and hurling championship games and the conclusion to the Allianz Football League and gave further updates with regards to the organisation of the championships.

The GAA's Director of club, player and games administration, Feargal McGill, said that a rapid-testing approach is being developed that would only be used in the three or four days leading up to a game if there was a positive test within a squad.

"It would be hugely different to what is in professional sports but it might be something that helps us to ensure both the health of the players and that the game can go ahead," he said today.

"It’s currently at tender stage so I can’t really comment much more but I would emphasise again it would be a very limited approach. I’d also emphasise our current control measures and just how well they’ve worked at club level.

"There’s only a really tiny proportion of the thousands of games that have been scheduled that had to be postponed for Covid reasons and actually in reality even that handful, they could probably have gone ahead. It’s just that the fixture calendar allowed them to be postponed. We haven’t really had a situation where there’s been more than one or two players." 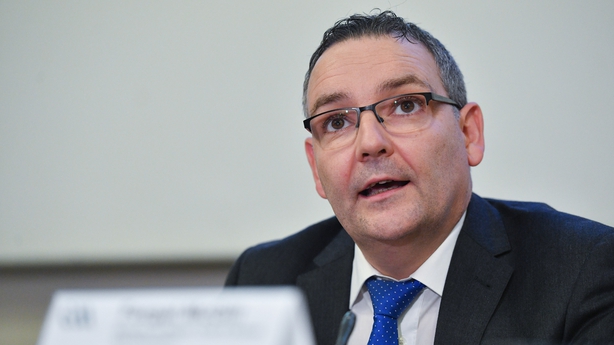 McGill reiterated that there is little room for postponement of matches unless there is a 13-day window involved.

That means only the Munster hurling and football finals and All-Ireland semi-finals and finals can be accommodated in that instance.

"There have been no instances where an entire team been ruled out so we're not really anticipating that," said McGill.

.@MartyM_RTE reports as the Government makes €15m available to the GAA, LGFA and Camogie Association to run off their inter-county championships pic.twitter.com/IqbanVZ6jf

"There will be instances where two, three or four players can't participate because they are Covid positive or they are considered close contacts."

McGill also suggested that next year’s Allianz Leagues are unlikely to take place in their traditional formats, adding that a January start is unlikely given the December finsih to this year's championship.

"I think it’s fair to say that I don’t think we’ll be able to play the full league in the format that we’ve known up to now. It’s under active consideration, the idea of regionalising it a bit better."

Meanwhile the Government has confirmed that €15m will be made available to the GAA, LGFA and Camogie Association to run off their inter-county championships.

The funding was approved today and is separate to the €40m that is to be split between the GAA, FAI and IRFU from the Government's Covid resilience fund.

The GAA has already estimated that the running of inter-county championships will cost in the region of €19.5m.

"I am very pleased with today’s funding approval of €15m from Minister Michael McGrath which will allow these organisations to run their delayed championships," Minister for Sport Jack Chambers said.

"The impact of Covid has been felt by all sports organisations and particularly those which depend on the income generated by match tickets.