Sporting organisations are set to receive a boost tomorrow as crowds will be allowed to return as part of the Government's new medium-term Covid-19 plan.

The framework will set out five levels of the virus and related restrictions that will apply across the country for the next six to nine months.

RTÉ Sport understands the document will allow for the return of spectators to sporting events, with 500 allowed at club level and 5,000 for larger venues likes Croke Park and the Aviva Stadium.

The admission of spectators is likely to be impacted if a county or region is subject to some form of a lockdown, or restrictions are put in place to combat a surge in cases in a particular part of the country.

Since 18 August, all sporting events in the 26 counties have taken place without spectators. The measures introduced by the Government did not go down well in all quarters, with the GAA calling for "empirical evidence" to explain the decision.

No doubt the return of crowds will be welcome as a number of events come to a conclusion in a year that will see the GAA All-Ireland finals played just before Christmas.

The situation in the Six Counties is different. As of 23 July, the Northern Ireland Executive lifted the ban on crowds attending sports events, with numbers to be determined by the venue in line with public health advice. Since then we've have had 400-500 spectators at GAA club games around the province.

Down south, things haven't been as straightforward since the resumption of all sporting on 29 June. The green light was given for 200 to be present at outdoor events, rising to 500 from 20 July. The then Taoiseach Leo Varadkar said that gatherings of less than 5,000 people might be possible from September.

And so the GAA club championship got underway, along with a resumption of the League of Ireland. The 200-person limit includes players, backroom teams, media, officials, stewards and the rest of the volunteer core that assemble to stage matches - meaning that most GAA club games, for example, have had a maximum of 100 fans in attendance.

Still, it was a start.

However, with numbers on the rise again, ahead of fresh restrictions placed on counties Kildare, Laois, Offaly, the Government delayed increasing the number from 200 in a meeting on 4 August.

Asked why people can't watch sport with socially distancing, while those playing the sports are in close contact, @MichealMartinTD says "I take your point, lay people would immediately ask that question", but that the primary risk is in what happens before and after the match pic.twitter.com/BCjuWh4BGd

And then a fortnight later came the decision to prohibit spectators from attending venues. The restriction was to run until yesterday, Sunday, 13 September.

The impending announcement from Government will hopefully see crowds back at venues this coming weekend.

On Friday last, The FAI, GAA and IRFU announced that they would combine forces to prepare a submission for Government on the safe return of supporters to stadiums in Ireland. This collaborative approach no doubt underlying the requirement of having some atmosphere at grounds. 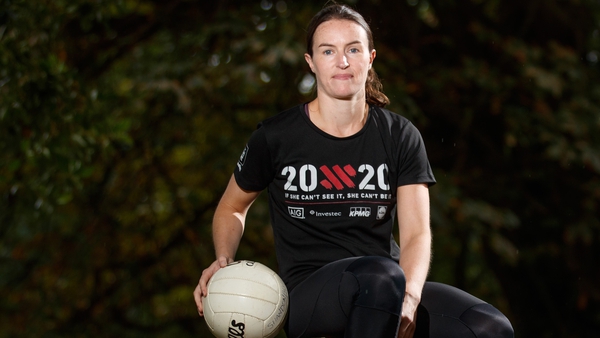 Aherne: Still a bit to go in judging the output fairly