Shelmaliers defeated Rapparees-Starlights 2-14 to 2-09 at Chadwicks Wexford Park thanks to a strong second-half showing in their round one Group D Wexford SHC meeting on Saturday afternoon.

They trailed by three points at half-time, 2-06 to 1-06, Nick Doyle goaling for Shelmaliers and Rapparees responding in kind through Joe Kelly and Kevin Ryan.

However James Cash netted Shelmaliers' second maximum on the turnaround to take the wind out of Rapparees' sails and allow his team to kick for home.

Fayth Harriers also rallied in the second period of their Group B match against Ferns St Aidan's to notch a gutsy 2-11 to 0-16 win at Bellefield, Enniscorthy. 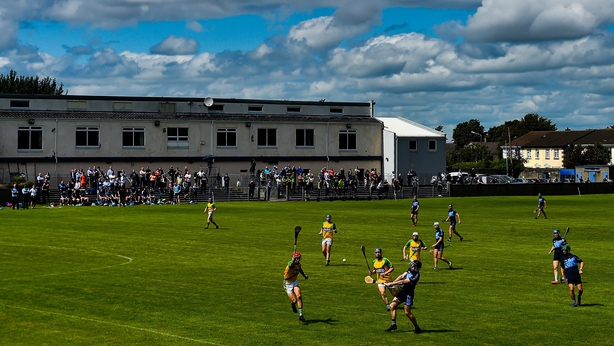 Danny Sutcliffe rescued a draw for St Jude's in a breathless climax to their Dublin SHC Group 3 clash with Faughs at O'Toole Park.

A brilliant Chris Bennett goal nudged Faughs into a 1-18 to 1-17 lead heading into injury-time and looked like it would be enough to settle an entertaining contest.

However Sutlcliffe nailed a long-ranger, his 11th point of the day, to even it up. Diarmuid McLoughlin had earlier got the goal for St Jude's.

The reigning champions Cuala got off to a winning start in Group 4 as they strode past Thomas Davis 1-22 to 0-15 at Bray Emmetts, while Na Fianna had far too much for Setanta who were hammered 5-32 to 1-16 at Mobhi Road.

In the Tipperary SFC, Moycarkey-Borris just about found enough to squeeze past Éire Óg Annacarthy 2-09 to 0-14 in their Group 1 fixture in Clonoulty.

On Friday night's Group 1 contest, Loughmore-Castleiney eased past Ballyporeen 1-16 to 1-06 in Cahir.