Westmeath boss Shane O'Brien felt his side left the game behind as Cork emerged four-point winners in their Allianz Hurling League clash.

Kieran Kingston’s charges dug out a 3-12 to 1-14 victory at TEG Cusack Park but needed two Patrick Horgan penalties and a soft, long-distance goal from Bill Cooper to claim the Division 1A points.

But in testing conditions in Mullingar the hosts trailed by just a goal with 11 minutes to play.

"It was a game that got away from us, there’s no doubt about it," O’Brien, who has 11 squad members currently injured, told RTÉ Sport's Adrian Eames on Sunday Sport on RTÉ Radio 1.

"We could have done something very special here.

"We’re naturally very disappointed. There was huge breeze in the first half, it died off in the second half. We felt the game was there for us. The [Cooper] goal just after half time was a tough one to take.

"We are immensely proud of the performance the lads put in. We have a very ambitious group." 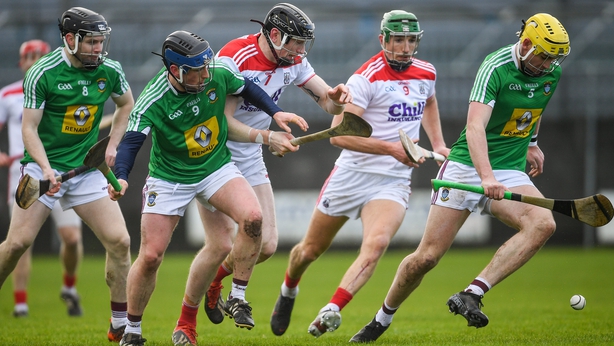 The loss was Westmeath’s third of the campaign but O’Brien feels that playing weekly against high calibre opposition is of great benefit to his side.

O’Brien, whose team next face a trip to Tipp, said: "Westmeath is a county that has been waiting 32 years to be in this division and [playing against the top teams] is what all these lads have been dreaming about,  we’re embracing it.

"How could you not love being out there playing against the likes of Cork and Waterford and Tipp?

"We have the last three All-Ireland champions in our group so we see it as a fantastic opportunity to put Westmeath on the map."

Cork boss Kingston said: "Today’s game wasn’t going to be pretty, we knew that coming up here. We knew it was going to be a war zone and we put ourselves in a good position in the first half.

"We’re disappointed that complacency came into our game when we were seven points to one up after 20-odd minutes and left Westmeath back in.

"We conceded 12 frees in the first half that really put us in a difficult position at half-time.

"I thought the lads showed fantastic character in the second half to dig it out."

Cork, who have two wins and a defeat from three games, host Limerick in Páirc Uí Chaoimh next Sunday.