Cork had to work hard to defeat a plucky Westmeath side by a 3-12 to 1-14 in very difficult conditions for hurling in the Allianz League Division 1 at TEG Cusack Park, Mullingar.

Despite playing with the aid of a strong wind and opening the scoring via Luke Meade after a mere 18 seconds, Cork never got into their stride in the first half.

Westmeath equalised when Derek McNicholas pointed at the end of a laboured move in the second minute, but a neat brace of points from Conor Lehane (who had to retire soon afterwards due to injury) and four successful placed balls from Patrick Horgan (three frees and a '65') had the Rebel County lads ahead by 0-07 to 0-01 with 20 minutes elapsed.

Westmeath came into the game at that stage and four unanswered points lifted the home supporters.

The scores came courtesy of Allan Devine (three – the second of them from play), and Joey Boyle.

Devine should have halved the deficit in added time but he was wide from what looked like a routine free.

A great sideline cut by Tim O'Mahony rounded off the first-half scoring, leaving Cork ahead by 0-08 to 0-05 at the interval. 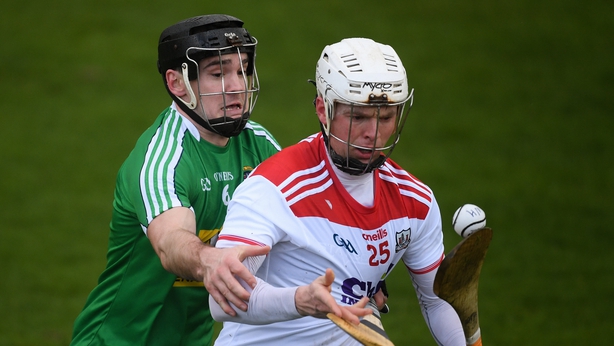 Conditions deteriorated on the change of ends as the rain came down in torrents.

A foul on Horgan just 30 seconds after play resumed gave the same player a chance from the penalty spot, and his rasping shot gave Aaron McHugh no chance.

However, this was cancelled out within two minutes when a Devine '65 went all the way to the back of the Cork net.

A great point from McNicholas ensued and the home fans were now in full voice.

In the 43rd minute, a skirmish involving both sides ended with Damien Cahalane being red-carded and Joey Boyle also dismissed after picking up a second yellow. 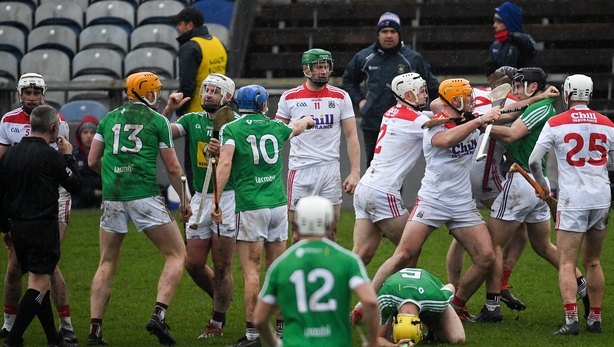 The hosts were well in contention, but a fortuitous goal from Bill Cooper in the 55th minute gave the visitors a little breathing space, the centre-half back's innocuous shot from 45 metres squirming through McHugh's hand.

The Lake County men continued to plug away, with sub Darragh Clinton doing well in attack, and a Devine free and a great long-range point from play by the outstanding Aonghus Clarke brought the deficit back to a goal (2-10 to 1-10) with 59 minutes elapsed.

However, just past the hour mark, Seamus Harnedy was fouled as he headed goalward, and Horgan again made no mistake with a superbly struck penalty.

Westmeath fought to the bitter end, and the losers' management will be pleased with their incremental progress in the top division.