Borris edged it by a point, 1-12 to 1-11, to become the first team from the county to triumph in the province since 2012 and will be back in action against St Thomas' of Galway in the All-Ireland semi-finals on the weekend of January 4/5.

"I think lads will sacrifice their Christmas for this," Maher, who has now enjoyed All-Ireland, All-Star, Tipperary and Munster club glory this year, told RTÉ Radio 1's Sunday Sport.

"Myself and Dan (McCormack) are going to have sacrifice the Tipp team holiday I think, but we'll gladly do that. This is enough of a holiday for us."

Ballygunner were odds-on to retain the Munster crown they wrested from Na Piarsaigh last year but Borris-Ileigh are still in with a chance of becoming the first All-Ireland champions from the Premier county since they themselves won it in 1987.

"I'd say it surprised a lot of people," admitted Maher. "The bookies had us at 4/1, and rightly so, Ballygunner being the team that they were. They could have nicked it in the end, it was very close. But we're delighted.

"We were severe underdogs coming in today but we were delighted to be in that situation.

"It was a great way to come into a game, kind of nothing to lose. But we weren’t saying 'sure we’ll just have a go’, we were coming in thinking ‘If we have a go here we have a chance of winning’. That’s the belief that’s in the team and it showed out there today.

"We have huge belief in the group. We don’t fear anyone because we just feel like we’re playing for ourselves and playing the way we want to play." 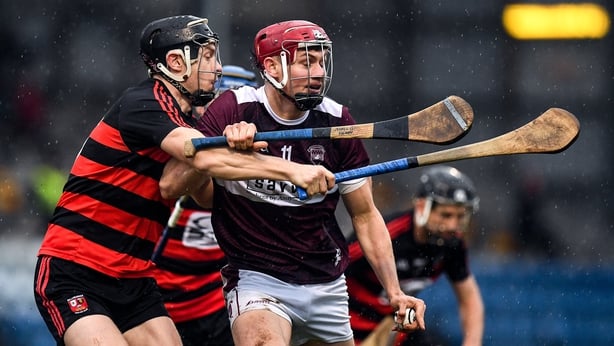 Maher is usually better known for his defensive work but scored 0-07 (0-01 from play) against Ballygunner, taking over the free-taking duties from team-mate Kevin Maher, who finished the game despite picking up an injury.

"Kevin hurt his shoulder in the first half. Normally, I take the longer ones and Kevin takes the shorter ones but he was struggling with his shoulder so I had to make the trip up and down a few times.

"Kevin has been unbelievable all year and, in fairness to him, he stayed on the pitch with an injured shoulder and was brilliant in the second half.

"He's only 18 years of age and the leadership that those boys are showing: Jerry Kelly, JD (James Devanney), Ray McCormack… They’re all young lads and they’re winning games for us."