Cuala will hope to have Dublin football star Con O'Callaghan available for their Leinster campaign after he suffered a leg injury in the club's SHC county final victory over St Brigid's on Sunday.

The 2019 Footballer of the Year nominee was injured in the act of scoring an early goal in the 1-18 to 1-14 victory in Parnell Park after colliding with Dublin hurling goalkeeper Alan Nolan.

The challenge, described by Cuala manager Willie Maher as a "terrible tackle" forced O’Callaghan out of the game in the fourth minute of the final, though referee Thomas Gleeson took no action against the goalkeeper.

The 23-year-old slipped inside his marker Donnacha Ryan before Nolan came out to close the gap as the ace forward bore down on goal.

The ensuing challenge saw the medical team on the pitch for a number of minutes before O'Callaghan left the field of play.

Maher said post-match that O’Callaghan had suffered a "really bad dead leg" and the Tipperary native will be hoping to have a clean bill of health for the Dalkey side's latest assault on a provincial title.

The south county Dublin club will take on Carlow champions St Mullins in two weeks’ time, while O’Callaghan appears to be in a race against time to be available for the Cuala footballers, who are involved next weekend in a Dublin SFC 2 semi-final. 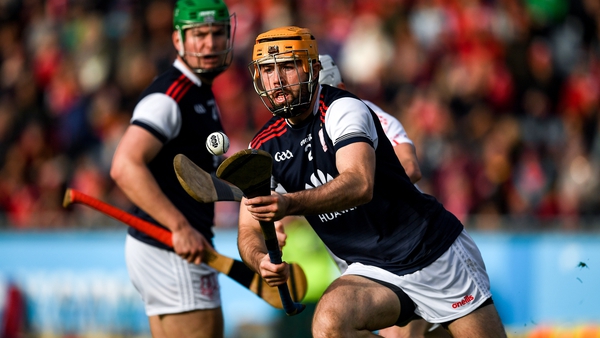