A Special Congress is set to take place on 19 October at Páirc Uí Chaoimh where delegates will vote on whether to introduce a second inter-county football competition.

It would be open to sides playing in Division 3 or 4 of the Allianz League, and who fail to reach provincial finals. Rather than entering the qualifiers, as they would have this summer, those counties will instead go straight into the new knock-out competition.

The proposal would also see the removal of one round of the qualifiers.

Speaking on RTÉ Radio 1's Sunday Sport the former Meath manager said: "Most people in a GAA club throughout the country are very familiar with a tiered system, and their team being in a championship based upon ability.

"Junior, intermediate, senior; that works throughout the country in 32 counties. For me, it's very surprising that it doesn't appear in the inter-county championship as well.

"For me, I would start to look at ways of merging the championship and the league into a tiered system. That might allow for a later start to the season.

"To allow inter-county players spend more time at the beginning of the year with their clubs. To get colleges out of the way, to get Under-20 competitions out of the way. This year, that competition was played in June, when there's a lot of 19-year-olds doing the Leaving Cert.

"So that hasn't really worked out that well."

Men's football is the anomaly when it comes to top-level Gaelic games in Ireland, with hurling, ladies football, and camogie all being played on a tiered basis at inter-county level.

Speaking on the same show, Ray Cosgrove, who played football for Dublin before joining Johnny Magee's management team at Wicklow, said that weaker counties need more games in the summer time if they are to improve.

"Our season was over after two competitive games,' the Kilmacud Crokes clubman said of the Garden County's 2015 campaign.

'Our season was over after two competitive games' - former Wicklow selector Ray Cosgrave tells @jacquihurley and @darrenfrehill that the GAA needs to sell the idea of a two-tier All-Ireland football competition to Division 3 and Division 4 sides - what do you think? #GAA #RTEGAA pic.twitter.com/XdQFHVMaxw

And O'Dowd agreed, pointing to his own native county's progress during this year.

"The one thing that benefited Meath this year is that they got eight games. Four in Leinster, a qualifier, and three in the Super 8s.

"They finished their season in the beginning of August with eight games, and Dublin finished theirs a few weeks later with nine, the champions.

"The point is that every player that started at the beginning of the season preparing in those two squads got a similar amount of games. Take Fermanagh, they played the end of May, two weeks later they played Monaghan (in the qualifiers), then they were gone.

"Three months before the All-Ireland was over they were out of it. You never bridge that gap over numerous years if you're gone three months (early)."

On top of giving the players from the so-called weaker counties more games, O'Dowd would like to see them given a big profile, and a fairer share of the rewards on offer.

"You can really build it up.

"Out of the games, and the income that would be generated throughout the country, some of that would be put aside to make sure that every team playing in it has a holiday fund.

"The top teams win, they go on holidays, they bond even further."

Dublin's dominance is arguably starting to become a problem for the GAA. The opposition of those within the county to any talk of splitting the county has to be balanced against the fact that there are huge numbers within the capital who, despite their talent, will never get near the the county team.

Former Blues football and hurling manager Pat Gilroy recently told RTÉ Sport that the county model might not be the way that top-level competition is run in football in the future, and O'Dowd echoes these sentiments.

"If there's 50 players in 20 years time in Dublin that are really top-class players, and they're outside the top 30 in Dublin, surely they're going to be saying to themselves, 'how can I not play at the elite level of the game?'

"I don't like to talk about splitting Dublin, but maybe with a tiered system, population areas that can fulfill a second team can come into the (lower) tier, the same as happens at club level." 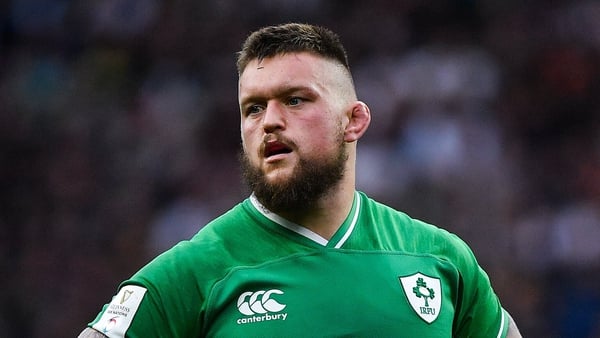