John Small insists that Dublin have not reached the summit despite their historic five in a row achievement.

Jim Gavin's all conquering side wrote their name into the history books with six points to spare over a gallant Kerry team in the All-Ireland final replay, with Small a key figure in the champions’ rearguard.

Speaking to RTÉ Sport afterwards, Small was full of praise for the men in blue, but said the hunger is there to add to their incredible trophy haul.

"It's incredible. What a group of people. Between the players and the backroom team...it’s so emotional, an incredible day," he said.

"It’s a great day, but this team isn’t capped. This is just part of the journey, wherever that journey goes. We’ll see where it ends up."

Cormac Costello picked up his sixth Celtic Cross and appeared off the bench for the final 15 minutes of the contest and said the team spirit has been crucial to their continued success.

"This is why we play football. You can’t describe days like this. It is what you dream of as a kid. It’s hard to put into words. There is nothing but love I have for all these guys. We die for that jersey and we’d do anything for each other.

"It’s moments like this that the bond gets us over the line." 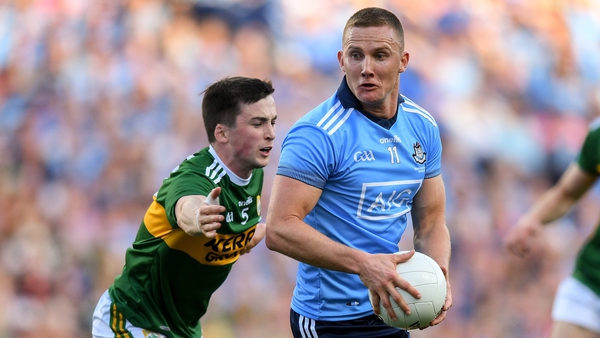 'The most special feeling I have ever felt in my life'