Kerry manager Peter Keane paid tribute to Dublin's historic achievement of five in a row, but insisted he was proud of his charges after they came up short in Croke Park.

Jim Gavin’s side claimed their slice of history with a 1-18 to 0-15 win over the Kingdom in today’s replay after the sides were level at the interval.

The champions however upped the gears upon the resumption and inflicted Keane’s first championship defeat as Kerry manager in his maiden year in charge.

"Obviously we are very disappointed. We came here with the intention to win and that didn’t happen," he told RTÉ Sport.

"That said, I am extremely, extremely proud of the lads and the way they fought and fought to the end. It just wasn't to be."

Kerry’s resilience was evident on a number of occasions when the champions put a bit of daylight between the sides and Keane said there was an element of "catch-up" to their play, with Eoin Murchan’s goal from the second-half throw-in a real body blow.

Kerry manager Peter Keane 'extremely proud of his players but it just wasn't to be' #DUBvKER pic.twitter.com/zHMt0OuWFy

"It was a sickener of a goal to concede immediately after half-time. At one stage in the first half we were down five [points], we got back to level at the break, conceded the goal and got it back to two points again. We had a few opportunities and we just didn’t take them."

When the dust settles, Kerry can reflect on an improved 2019. After bowing out at the Super 8s last year, Keane led his team to a League and All-Ireland final, where silverware eluded his side on both occasions.

"You can’t win a final unless you get to one. We were delighted to get here, but you want to drive on. At this point you have to congratulate Dublin on their historic achievement of five in a row." 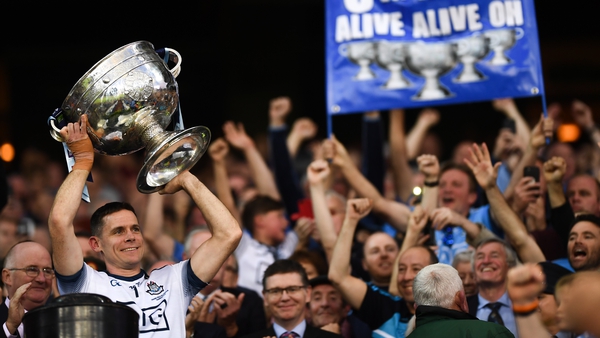