Nine of Kerry's starters from the semi-final victory over Tyrone are yet to experience All-Ireland final day as a player.

It is a stark contrast to their five-in-a-row seeking opponents, where Brian Howard is likely to be the most callow man on display as he goes in search of a second title.

Peter Keane mischievously suggested that his team are something of a "sideshow" given the expectation around Dublin, and while few are fully buying into that statement, the gulf in big-game experience is striking.

Sean O’Shea is part of the new cohort of Kerry players looking to make an impact. The crafty centre-forward was part of a decorated minor team that blazed a trail and has made an almost seamless transition to senior level.

Now in his second campaign, how has he adapted to the change?

"It’s a step-up alright, the physicality of it really," he told RTÉ Sport's Marty Morrissey. "It took a while to adapt to it, but this is something you dream of since you were a young fellah."

In Kerry the expectations never dip too low and, with a chance to end Dublin’s run, the likes of O’Shea, Shane Ryan, Tom O’Sullivan, Killian Spillane and David Clifford are expected to pitch up and take the fight to Jim Gavin’s side.

That makes the influence of Paul Murphy, Shane Enright, David Moran, Paul Geaney and Stephen O'Brien crucial in building the bridge between potential and winning silverware.

"In general we are a very young, inexperienced side. We are trying to learn as we go and having a few older fellas around helps. We can bounce ideas off them and they have been very helpful to us when we came into the squad. 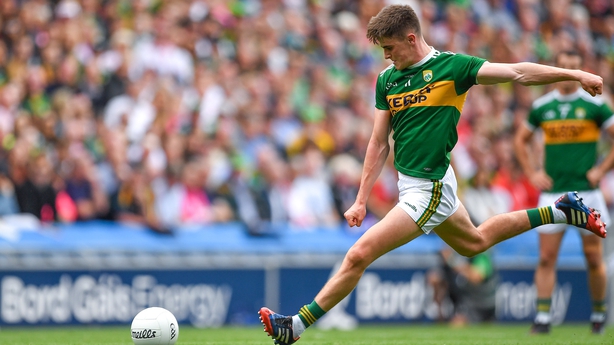 Few begin their senior inter-county career as the primary free-taker, but O’Shea’s radar has been unerring and he has enjoyed the responsibility bestowed upon him firstly by Eamonn Fitzmaurice and this year his former minor mentor Keane.

Winning the Sigerson with UCC was a "good start" to the year and despite the league final setback at the hands of Mayo, have been building nicely throughout 2019. They now stand just 70 minutes from their own bit of history.

"There’s a great buzz around the county and we’re excited.

"We know how good Dublin have been. It’s going to take something special to stop them, but we’ll go up there and give it our best chance." 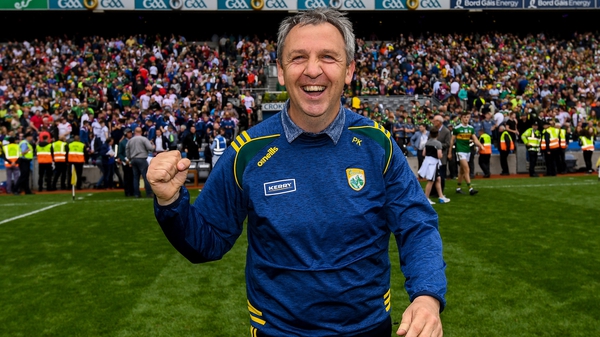