Tipperary captain Seamus Callanan has praised the work ethic of his team-mates as the Premier County stormed to a 28th All-Ireland title with a comprehensive win over rivals Kilkenny.

After a disappointing 2018 when they failed to emerge from Munster, Liam Sheedy's return has coincided with their latest Liam MacCarthy success with a 3-25 to 0-20 win over the Cats at Croke Park.

The defeated Munster finalists entered the break a point to the good, but with a numerical advantage following Richie Hogan’s 33rd minute dismissal, they simply outgunned their opponents 3-16 to 0-09 in the second period.

"We have put in so much work and to finally get there, it’s an unbelievable feeling. I’m so proud of that group."

The dismissal of Hogan for a high frontal challenge on Cathal Barrett proved crucial, but the Drom and Inch talisman says they simply stuck to their gameplan.

"We handled it [red card] well. We just said we play our game and implement our strategy. We didn't deviate even though we had a numerical advantage." 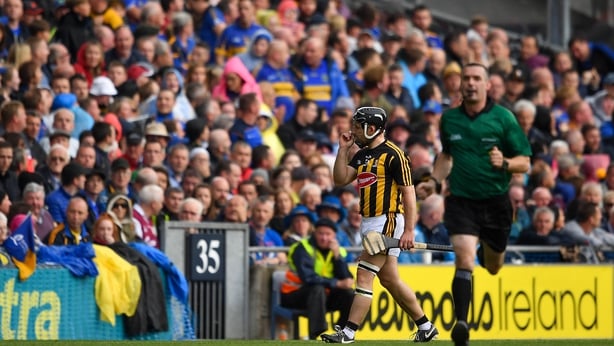 Paudie Maher was another key performer for the Premier County and agrees that the team remained calm after Hogan was sent to the sidelines and learned lessons from the win over Wexford where John McGrath was given his marching orders.

"We were in the same boat against Wexford in the semi-final. It’s very easy when you are a man up to slacken off a bit, but we made sure we didn’t do that and drove on.

"What a difference a year makes. Last year was tough, we struggled, but we knuckled down this year and look where we are."

Liam is a legend. I'm so delighted for him

It marks a second All-Ireland title for Liam Sheedy, nine years on from his maiden victory and Callanan paid tribute to his manager.

"Liam is a legend. I’m so delighted for him. He has put so much into it. It’s great for everyone, the whole group." 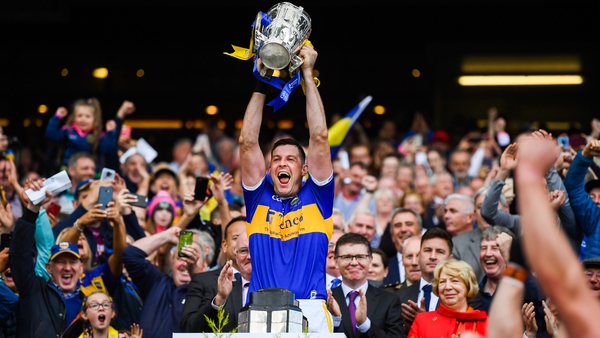