Kilkenny defender Paul Murphy says Sunday's All-Ireland final is 'unusual' in some respects but entirely 'similar' to previous deciders in other ways.

The Leinster side, in particular, were not fancied to reach the All-Ireland final when the provincial championships drew to a close but they upset the odds to turn over Cork and reigning champions Limerick to wind up in another final.

And their opponents are their old foes Tipperary, once more under the management of Liam Sheedy.

Murphy says it's testament to the two counties that they ripped up the script that had been set for the season early on.

"Funny things have happened in hurling over the last few years," he told RTÉ Sport. "There's been results that people weren't expecting.

"Kilkenny and Tipperary a few years ago would be your usual All-Ireland final. It's not the case now but it's a testament to both counties that we bucked the trend.

"We said 'Look we're not listening to what's been said out there about us. We're going to stick to our own agenda. We've got through tough matches to get to this position.' Tipperary are the same.

"In one way, it's an unusual All-Ireland final but it's very similar to other years in many ways." 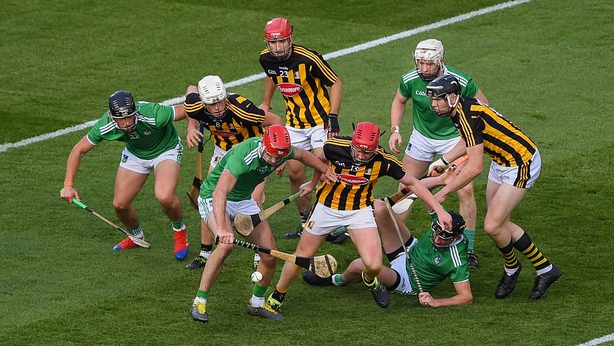 Lar Corbett noted this week that Kilkenny are adept at putting out the perception that they're in transition. Murphy acknowledges that there's a wealth of experience in the Kilkenny line-up and All-Ireland medals are plentiful among the starting XV.

The four-time All-Ireland winning corner-back says the blend of older and younger players has been a boon for Kilkenny this year.

"There is still a core of that team that have been there over the years. It's great to have that balance that you have this new blood, new energy and lads fighting for jerseys.

"But you have also have that experience of players that have been there and done it. It's a great balance to have.

Murphy first broke onto the Kilkenny championship team in 2011 and played against Tipperary in every year bar one until 2016.

On each occasion, excepting the last encounter, Murphy was on the winning side. He relishes the prospect of meeting Kilkenny on this stage again.

"I'm part of this panel a good few years and we're yet to play a bad match against Tipperary. Be it a league match in Nowlan Park in a rainy February or an All-Ireland final in Croke Park.

"You want to have a brilliant rivalries, brilliant matches, that are full of edge and great hurling. It's great to have this rivalry and still be fighting against them in an All-Ireland final."