Limerick hurler Cian Lynch thinks back fondly to this time 12 months ago.

The Treaty men were putting the finishing touches to their All-Ireland final preparations. A swash-buckling campaign was crowned by Liam MacCarthy heading back with Limerick for the first time in 45 years.

One-point victories in the semi-final over Cork (after extra-time) and in the decider against Galway added to a magical summer of hurling and the energetic midfielder was central to their success. The Patrickswell man was one of six All Stars, and was also named Hurler of the Year.

This year, the League was plundered with minimum fuss and Tipperary were swept aside in the Munster final by a dozen points with space in the trophy cabinet was at a premium.

'I can't call it' - Limerick's Cian Lynch says the All-Ireland final between Kilkenny and Tipperary will go right down to the wire. #rtegaa pic.twitter.com/nuu3lvSNdF

However, John Kiely's men came out the wrong side of another gripping All-Ireland semi-final decided by the bare minimum as Kilkenny ended their interest at the penultimate stage.

Even now, more than a fortnight on, the defeat is raw. 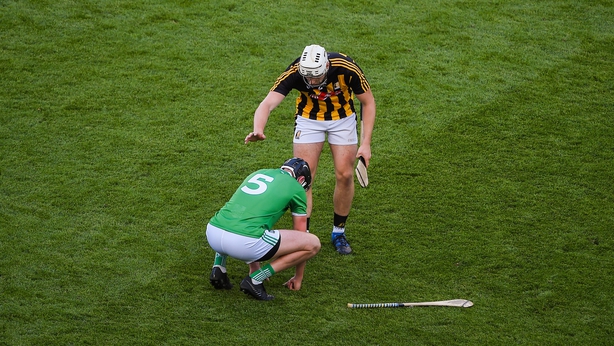 "It's hard to take," the Centra Ambassador tells RTÉ Sport as part of the #wearehurling campaign. "It’s great credit due to Kilkenny and the intensity they brought. There was only a puck of the ball between us."

There was no in-depth debrief to the defeat, the players departing the inter-county cocoon to return to club action.

Patrickswell maintained their 100% record in the club championship at the weekend when they had 14 points to spare over South Liberties, and the 23-year-old was pleased to get back onto the pitch.

"You go from a massive high [All-Ireland win] to a loss two weeks ago. That’s sport. You have to be able to take that.

"The best thing for us was to get back to the clubs. You have to deviate away from it [Kilkenny loss] or it would only end up driving you mad."

Now the hurling focus is on the latest chapter of the Kilkenny-Tipperary rivalry. Liam Sheedy will once again pit his wits against the ever-green Brian Cody and Lynch admits a watching brief on Sunday will be hard to stomach.

"I’ll probably be sick watching it. As a hurling fan, it’s something you look forward to every year. I went to finals as a young fella the whole way up. It’s great, but as a player you want to be there. As a hurler, you envy the two teams. 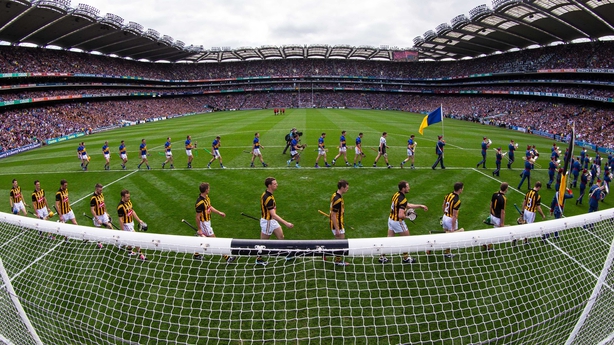 The plan for the week is to keep the head down as he expects his opinion to be courted for a prediction, something he is still trying to figure out himself.

Some of those involved in the blue and gold and black and amber have been team-mates of Lynch’s at third level and anything other than a one score difference at the full-time whistle would be a surprise to him.

What wasn’t a surprise was Kilkenny’s ferocious hunger in the semi-final. The Treaty men clawed their way back into the contest, but just couldn’t do enough to topple the ravenous Cats.

"You can never take Kilkenny for granted. They brought an intensity in our game that you could only expect for them. It’s something we strive to aim for. What they have done and what they continue to do."

As a limerick hurler and a Limerick man, hopefully we can get back on the horse and be back where we want to be

The curtain is soon to be drawn on the season, but Lynch is already eyeing next and where he and his team-mates can make further improvement.

In 12 months time, he wants Limerick to be firmly part of the conversation on All-Ireland final week.

"This year’s chapter is going to close in a week and 2020 doors will open. It will be all to play for. As a Limerick hurler and a Limerick man, hopefully we can get back on the horse and be back where we want to be." 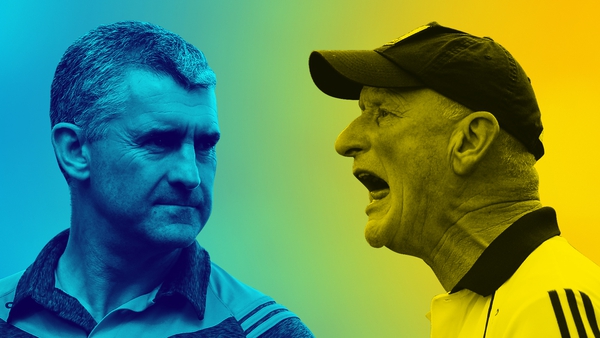 Sheedy and Cody - Managing to be the best