Another season of drama, another campaign with Mayo in the last four in the race for Sam Maguire.

For the eighth time in nine years, the men from the west have reached the All-Ireland semi-finals, their latest journey sealed with a four-point victory over Donegal at a raucous MacHale Park.

James Horan's return to the helm has seen Mayo crowned league champions, defeated by Roscommon in Connacht and appear somewhat unconvincing in qualifier wins over Down and Armagh before exacting revenge on neighbours Galway to reach the quarter-final stage.

Their Super 8s campaign began with a chastening defeat in Killarney and while the obituaries have been updated once again for the men in green and red, victory over Donegal demonstrated the undoubted resilience among the current crop.

Central to the cause was Aidan O'Shea. The Breaffy man was the outstanding individual performer in Castlebar and says it was a highly anticipated encounter for both the players and supporters.

"We knew all week that this would probably be the biggest crowd we ever played in front of at McHale Park. There hasn’t been a game like this since the 90s," he told RTÉ Sport.

"The atmosphere was unbelievable. It was a joy to play in and just delighted we came out the right side of a result."

The 29-year-old admitted that the home side could have made it easier on themselves in the opening period – "we snatched at a few chances" – but is delighted to arrive at another semi-final where either Dublin or Tyrone await. 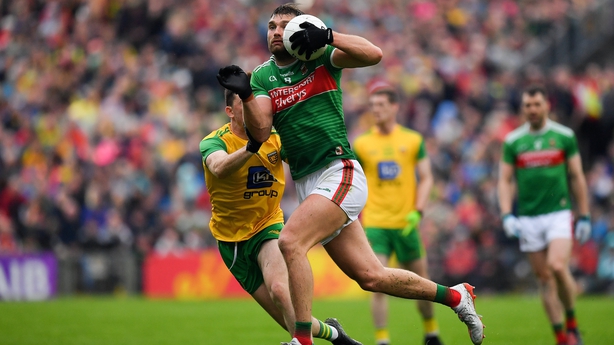 He insisted the criticism that surrounds the team is water off a duck’s back for the playing personnel.

"We know ourselves, we don’t really pay any attention to it [criticism of Mayo]. We are well used to it over the past 10 years of being written off, but there is serous character in that group.

"It will take a very good team to beat us. We just keep doing out thing week in, week out."

More than likely it will be Dublin, but whoever it is it, we are really looking forward to being back in an All-Ireland semi-final

The repeat of last year’s All-Ireland decider in Omagh will decide whether holders Dublin, or hosts Tyrone, meet the westerners in the last four and O’Shea is expecting Jim Gavin’s men to come through despite making wholesale changes for the game.

"We’ll look forward to whoever it is. More than likely it will be Dublin, but whoever it is it, we are really looking forward to being back in an All-Ireland semi-final." 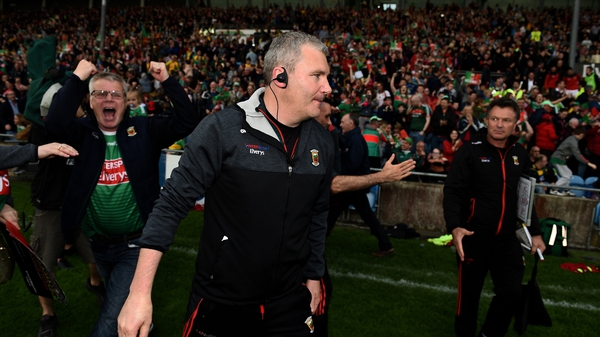 Horan: Mayo will be ready for All-Ireland semi-final