Roscommon manager Anthony Cunningham admitted that his side were taught a "harsh lesson" after they were comprehensively beaten by 18 points by Dublin.

The All-Ireland champions scored a total of 2-26 - of which 2-16 came from play - as they guaranteed their place in the All-Ireland semi-finals.

While anything other than a Dublin win would have been a major upset, Roscommon's task was made even more difficult when corner-back Conor Daly was sent off after receiving a yellow and black card in the space of just three first half minutes.

And Rossies manager Cunningham said it was a tough outing for his players, who now face a dead-rubber tie against Cork in two weeks' time.

"Disappointed with the first half, I though we made it competitive in the second half in parts with 14 players," Cunningham said.

"But you know, it was a harsh lesson there in the first half. Huge, huge variety in Dublin's game. Huge pace, huge physicality. For us, it's all in a day's learning." 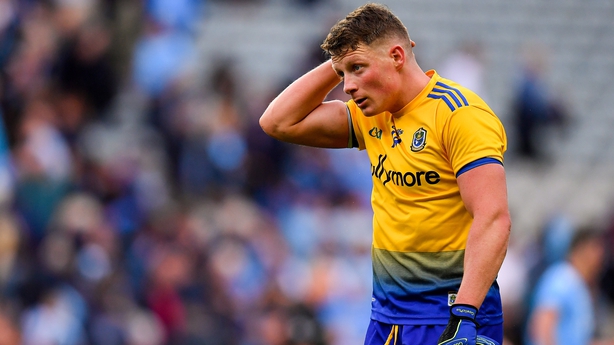 The dismissal of Daly allowed Dublin to take full control of the game, and Cunningham said his players need to be wiser if they are to compete with the country's top teams.

"Yeah, it's something we've got to learn as well. If you are on a yellow, you can't be clumsy on the second tackle. I suppose Conor Daly probably left him (the referee) with no other option, he had to produce the black.

"But overall, we wouldn't have played as well as we can play in the first half, that's disappointing for the players and they would have been very disappointed.

"But look, they could have stopped playing there and gone through the motions for the second half, but I think they showed character and came out there and chipped away with some good passages of play in the second half."

The All-Ireland champions named their team on social media on Saturday morning, only to announce three alterations a few hours later, an increasingly common feature across many inter-county teams in recent seasons.

Gavin said the confusion lies in the fact they are required to provide a team to Croke Park during the week for the match-day programme.

"We have to name the team earlier on in the week. We're dealing with amateur players, and we're all amateurs, we all volunteer our time for the association, so if there is a rule imposed in having to submit a list of players a number of days before a game, that's probably to be expected," Gavin said.