The Munster final is live on RTÉ2 and RTÉ Player. Live overseas on GAAGO. Highlights of both games on The Sunday Game at 9.30pm.

Live blogs on RTÉ.ie and the RTÉ News Now App from 1.30pm on Sunday.

Bright and breezy on Sunday with sunny spells and a few passing showers. Maximum temperatures of 17 to 20 degrees in moderate to fresh westerly winds.

Is the Munster final worth winning?

Tipperary are the exception to the rule when it comes to Munster hurling champions in recent years. Only once this decade has the winner of the Munster cup gone on to claim the Liam MacCarthy.

Last year, Limerick ended a 45 year wait for an All-Ireland title by going the long road, beating Carlow and Kilkenny in the All-Ireland series, after finishing third in the Munster round-robin. They then arrived that bit sharper to Croke Park to beat Munster champions Cork, or so the theory goes.

Donal Óg Cusack, who won five Munster titles with Cork during his playing career, told RTÉ's GAA Podcast this week that a defeat in a provincial final is not the disappointment that it might have been in other eras.

"I remember from my own experience, we lost a big Munster final in 2004 to Waterford after they were down to 14 men just after half-time.

"We lost that game and it was a big blow to us, but looking back on that season it was the kick in the backside that we needed."

This final feels different though. Arguably for the first time this century, the two best teams in the country are in it. Galway's early exit has taken the other pretender to that throne out of the equation.

The Leinster counties of Kilkenny, Wexford, and Dublin would not go into a game with either Limerick or Tipperary as favourites.

Limerick can do something that they haven't done since the mid-1930s, and have the three main trophies in the cabinet at the same time.

And while manager John Kiely was able to rest the likes of Cian Lynch, Declan Hannon, Graeme Mulcahy, and Gearoid Hegarty for the round-robin clash between the counties two weeks ago, but their inclusion is an indication of just how much he wants to claim just a fourth Munster crown for the Treaty county in the last quarter of a century.

Would Liam Sheedy have come back to Tipperary if there wasn't potential there? Since his return he's spoken about owing it to the survivors of the 2010 All-Ireland, which he guided Tipp to, to see if they could scale those heights again. 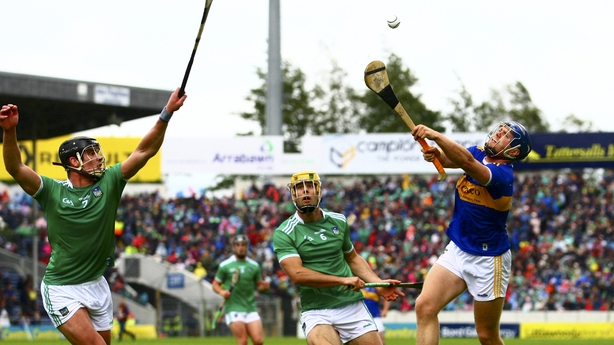 Beating the reigning All-Ireland champions in a provincial final would be a massive confidence booster heading into the business end of the season.

RTÉ Sport analyst Michael Duignan is backing Sheedy's side to make it five out of five in Munster this year.

"Going straight into an All-Ireland semi-final is the route that everyone wants to go down," he told RTÉ Radio 1 this week.

"While Limerick could potentially do anything on Sunday, form can't be ignored. I expect Liam Sheedy’s men to win."

Alan Cadogan has seen both counties play at close quarters this summer, as Cork lost to Tipp before bouncing back to beat Limerick, and he sees the cruciate knee injury to Patrick Bonner Maher as potentially the decisive factor.

"Tipp are the form team at the moment" said Cadogan this week. "Limerick suffered a defeat against us the first day, but since then they've improved drastically.

"Tipp have a few injuries, and maybe playing in the Gaelic Grounds might favour Limerick a small bit."

Follow the Munster and Leinster hurling finals on Sunday via our live blogs on RTÉ.ie/sport and the News Now app or listen to live national commentary on RTÉ Radio 1 or RnaG. You can watch live and exclusive TV coverage of Limerick v Tipperary (2pm) and Kilkenny v Wexford (4pm) on RTÉ2 and the RTÉ Player. 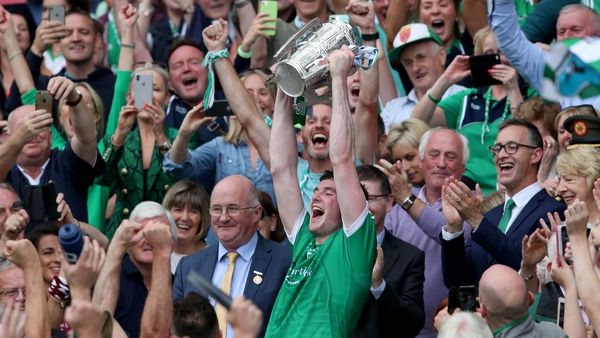 Win or lose on Sunday, Limerick will make history