Down footballer Owen McCabe is expected to be sidelined for up to eight weeks after he suffered a broken jaw in an accidental collision during the All-Ireland qualifier defeat to Mayo at the weekend.

The Mourne's men’s season came to an early conclusion when they lost out by five points in Newry during the round 2 qualifier.

McCabe, who made his championship debut in the extra-time Ulster quarter-final defeat to Armagh last month, isn’t expected to return to action with his club Carryduff for at least two months.

We would like to wish Owen McCabe a speedy recovery after he left the field of play today for the @OfficialDownGAA footballers due to a broken jaw. We hope to see him back in the purple and yellow soon for our push for promotion & tackling the senior championship.
???? 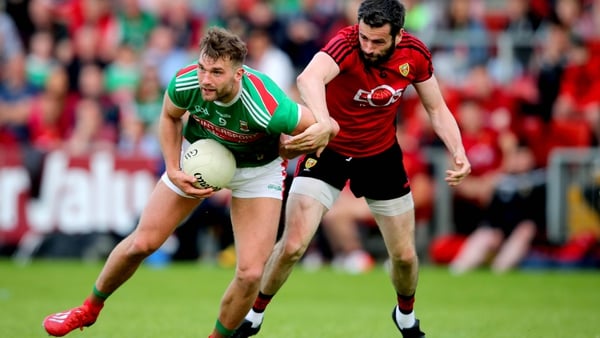 Mayo do enough to see off Down challenge