Andy McEntee admitted that it would be a big challenge to bounce back from their 16-point Leinster final defeat to Dublin.

The Meath manager said beforehand that the game wouldn't define the Royals' season whatever happened, but such a comprehensive loss is sure to do damage to his squad's confidence as they head for a Round 4 qualifier next month.

Asked by RTÉ Sport's Clare McNamara afterwards whether he felt the squad could put the game behind them quickly, a dejected McEntee accepted that it would be a huge ask.

"It's a good question, I don't really know the answer," said McEntee.

They trailed the five-in-a-row All-Ireland chasing Blues by just four points at the break, but poor shooting cost them dearly as they hit 12 wides.

"By half-time we had eleven shots on goal, and they had nine. So our shot selection, and our execution just wasn't good enough.

"We needed to be taking every chance, and we didn't do that.

"There's a lot of things we need to work on, but that's one of them. You don't get too many opportunities in a game like that, and when you get them, you've got to be able to take them.

"The score was low enough at half-time, but we certainly should have had more than one score on the board."

Much has been made of Dublin's dominance of the eastern province, as they claimed a 58th title, and a ninth on the spin. But McEntee, who managed Dublin club Ballyboden to All-Ireland success back in 2016, said that it's up to other counties to get to the level set by Jim Gavin's squad.

"There's too many people talking about that (Dublin's dominance). That's Dublin's business; they do what they have to do. 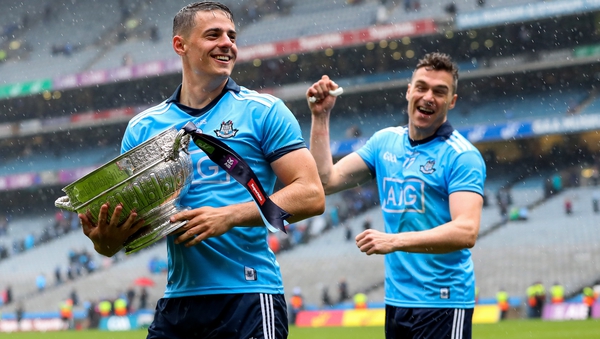 Facile win for Dublin over Meath in Leinster final