It was interesting for a while at Croke Park but Meath's failure to seize their opportunities, allied to Dublin's big game experience and quality ultimately added up to an anticipated Leinster SFC final success for the Sky Blues, their ninth in a row.

Red hot favourites beforehand, Dublin found the going tough initially in front of 47,027 before turning in a strong second-half performance to record yet another double digits winning margin in the provincial championship.

They scored just five points in the opening half and found it difficult to break down Meath's defence while Paul Mannion failed to convert from the penalty spot.

There was also the worrying sight of James McCarthy leaving the field with an injury to his left leg late in the first-half.

Dublin are Leinster football champions for the ninth year in a row #RTEGAA pic.twitter.com/jC6nkGsOeI

But any hope Meath of pulling off an upset for the ages was ruined by their wasteful play with just four points registered overall and only three from play.

As for Dublin, they burst into life in the second-half with sub Dean Rock hitting four points and playing in Con O'Callaghan for a cracking goal to propel the five-in-a-row chasing Dubs through to the Super 8s.

Meath will be back in action in Round 4 of the qualifiers with qualification for the All-Ireland quarter-final group stage still a possibility for them.

Graham Reilly was a late addition to the Meath lineup in place of Gavin McCoy with Shane McEntee coming in for Adam Flanagan while Philly McMahon started his first game of 2019 for Dublin.

Reilly's inclusion signalled a departure from the Meath ploy of using the former captain as an impact sub.

The St Colmcilles man got through some good work, dropping deep to force a turnover at one stage in the first-half but also struck three wides.

Meath hit six first-half wides in total, dropping a further three efforts short and hitting the bar with two others.

It meant a return of just one point from 12 score attempts in the half though, remarkably, they left the field at half-time feeling pretty good about themselves.

Watch highlights on RTÉ2 on The Sunday Game pic.twitter.com/9dG637tlmy

That's because Dublin managed just five points themselves and held an unlikely 0-05 to 0-01 lead at the interval.

Dublin's low return was down to a number of factors; the slippery conditions as a light rain fell, some excellent Meath defending and a series of wasted goal opportunities.

The best of those fell to Mannion in the 27th minute but his penalty kick cannoned back off the upright and away to safety following a foul by Conor McGill on Con O'Callaghan.

McGill had an eventful opening, marking the in-form Cormac Costello and pulling off a series of excellent interventions before conceding the penalty and picking up a booking before half-time.

Dublin didn't score until the 12th minute when Ciaran Kilkenny exploded through the centre and split the posts.

Jack McCaffrey followed his lead with a point after a searing run and the same player then won a free that Costello converted.

Dean Rock gives a reminder of his ability with a succession of scores as a sub.

Watch highlights on The Sunday Game on RTE2 at 9:30pm #rtegaa pic.twitter.com/8gYb7ejH4Y

It left Dublin 0-03 to 0-00 ahead after 15 minutes but they couldn't kick on as anticipated with O'Callaghan failing to pick out McCarthy for a 29th minute goal following Mannion's penalty fail.

It got worse for McCarthy three minutes later when he had to be helped off the field with a seriously looking injury to his left knee.

Meath restarted the brighter but their errant kicking in front of goal continued with Reilly and free-taker Ben Brennan booting more wides, resulting in both players being substituted.

Dublin weren't exactly emphatic in response but points from McCaffrey and Costello stretched their lead to 0-07 to 0-01. 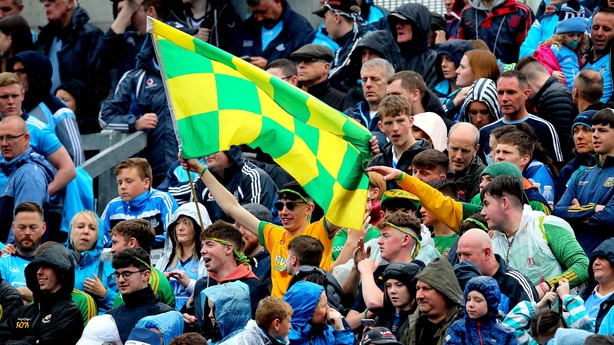 In truth, it was far from a classic encounter with Meath's misses - they fired 12 wides in total - draining the occasion of intensity and intrigue.

Michael Newman curled over a 45th minute free and hit Meath's second point from play in the entire game in the 50th minute after an eye-catching solo run.

But moments of inspiration were rare from a Meath side that will be tormented by all the missed opportunities.

Dublin, meanwhile, kicked on impressively in the final quarter with Rock seizing his chance when he came on. Paddy Andrews also clipped a point after his introduction and O'Callaghan blasted in a beautiful goal to wrap it up in the 68th minute.