Listen to the RTÉ GAA Podcast at iTunes, Spotify, or wherever you get your podcasts.

Highlights on The Sunday Game on RTÉ2, and the RTÉ Player, at 9.30pm on Sunday night.

Much of Ireland will hold fully dry with some sunny spells. Just isolated showers though the day, before heavier showers move into the southwest during the evening. Highest temperatures will range 15 to 20 degrees Celsius, in moderate southeast breezes (mildest inland away from south and east facing coasts). For more, head to met.ie. 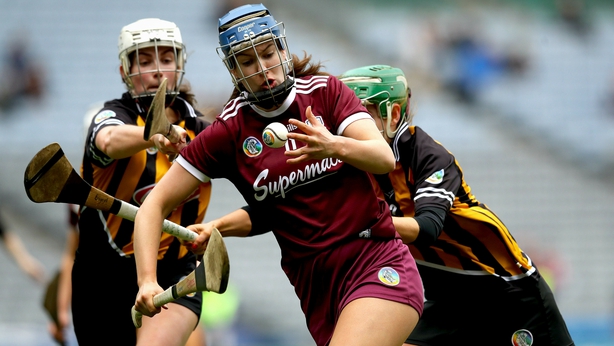 Offaly lost by just four points away to Limerick while Galway lost by the same margin when they hosted Kilkenny in a reversal of their League final success in March.

With a tough trip away to the Cats to come next, Offaly in particular will know that a positive result here is vital to get their Championship campaign back on track, but this is a tricky ask for the Faithful County.

This is Wexford’s opening match in this year’s Championship and after a disappointing League campaign in which they failed to collect any points they will hope for a marked improvement in the coming weeks.

Kilkenny got off to the ideal start last weekend with a win away to Galway in a reversal of their recent League final meeting to set them up with a great chance to aim for top spot in the group.

Cork were emphatic winners on the opening weekend away to Clare racking up a total of 3-19 and face into another tough test of the reigning All-Ireland champions’ credentials against a Tipp side who they defeated in last year’s Semi-Final.

Tipp’s opening match was abandoned due to a serious injury to Nicole Walsh as they trailed Waterford with only a few minutes left on the clock, so they will know that they will need to improve as they face a daunting Cork side.

Meath put in a promising display last Saturday away to Dublin before the Dubs pulled away in the closing minutes of the match. This performance will give them great hope as they go in search of their first win at Senior Championship level.

Clare will have been disappointed by the margin of their defeat last Saturday, albeit to the reigning All-Ireland champions Cork. Both sides will see this as a must-win tie already if they hope to advance to the knockout stages.

The Déise will be delighted with how they played against Tipperary last weekend before the match was abandoned due to a serious injury to Tipp's Nicole Walsh as Waterford led by four points with only a few minutes remaining.

The Dubs were made to work hard before eventually pulling away from Meath and will look to build on their showing in what could be a crucial tie for two sides with aspirations of reaching the knockout stages.