The  Liberty Insurance All-Ireland Senior camogie Championship got off to a pulsating start, with Kilkenny turning around their National League final reverse at the hands of Galway by 1-13 to 0-14 at Kenny Park, with Cork, Dublin and Limerick also winning.

However, the last game between Waterford and Tipperary at The Ragg was abandoned due to a serious injury to a Tipperary player with four minutes of normal time remaining and the Déise girls leading by 1-15 to 0-14.

A fortunate 35th minute goal by Kilkenny's Miriam Walsh proved the difference between the sides and though Galway were left licking their wounds at the final whistle, they are sure to have a big say in affairs before the season is over.

Team captain Sarah Dervan was inspirational for the Tribeswomen, while Carrie Dolan shot nine points but Kilkenny, runners-up in the last two Championships after being victorious in 2016, were in no mood to yield. 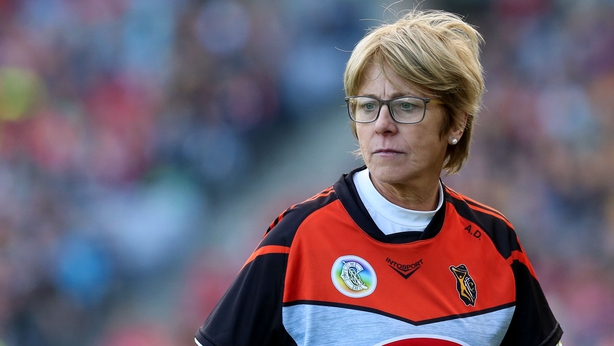 Ann Downey’s crew got off to a quick start thanks to points from the magnificent Anne Dalton and Walsh, and still held that advantage at the end of the opening quarter, but Galway had the better of proceedings from there to the interval.

Two points from Dolan, and one from Noreen Coen, with Dalton offering the sole reply, left the sides level at 0-6 apiece at the change of ends.

Niamh Kilkenny continued the trend for Cathal Murray’s troops after the resumption with a point and not even Walsh’s goal, which must go down as a goalkeeping error by Sarah Healy, could halt the momentum, points from Dolan and Coen restoring parity despite playing into the wind.

With midfield duo Dalton and Denise Gaule exerting a greater influence however, the visitors edged three points clear, Gaule slotting a brace and the elusive Michelle Quilty also on target. A Dolan pair brought it back to one but Gaule (free) and Dalton were on target in response with time running out.

There was late drama when Galway were awarded a free just outside the 20m line and Healy ventured up to take it. Her powerful rising shot cleared the crossbar by inches however and Kilkenny had prevailed.

Elsewhere in Group 1, Limerick got the better of Offaly in a belter at the Gaelic Grounds by 2-16 to 2-12.

The Shannonsiders had local legend Ciarán Carey, father of star defender Sarah operating in an advisory role, while Offaly are coached by ex-Kilkenny star Richie Power and it was Power who would have been happier at the break, with the Faithful women leading 1-07 to 0-08 thanks to Christine Cleary’s fourth minute goal.

The hosts trailed by a goal approaching the final quarter but that was nullified by a sensational solo goal from Rebecca Delee.

Arlene Watkins responded in kind at the other end but Mike Wall’s side failed to score again, while Declan Nash’s troops hit 1-4, Niamh Mulcahy bringing the teams level with three points to bring her tally to 11, before Delee grabbed her second goal and a point to put the tie to bed.

In Group 2, All-Ireland champions Cork cruised to a 3-19 to 0-9 triumph over Clare in Sixmilebridge. The Bannerwomen were well in the game at half time, trailing by just 1-06 to 0-05 after Katrina Mackey’s 19th minute goal.

It was one-way traffic after the resumption though, Ger O’Connell’s charges having no answer to the scoring power of Paudie Murray’s team, with Mackey and Linda Collins adding goals and Cork recording 10 individual scorers.

Dubin were pushed all the way to the wire before registering a 1-16 to 0-12 triumph over Meath at Parnells that slightly flattered Frank Browne’s girls.

Ray Gavin will be delighted that his crew were so competitive, recovering from the concession of second minute Kerrie Finnegan goal to lead approaching half-time thanks to four points from Jane Dolan, only for a brace of Sinéad Wylde scores to make it 1-5 to 0-7 at the break.

Wylde and the returning Siobhán Kehoe gave the Dubs the upper hand but scores from Dolan and Kristina Troy brought Meath back to within a goal of their rivals. Dublin slotted the last four points however to remove any doubt.