Highlights of all the weekend’s action on The Sunday Game on RTÉ2 and RTÉ Player form 9.30pm.

Online
Live scores on RTÉ.ie and the RTÉ News Now App and live blog from 3.30pm on Sunday.

Rain will clear eastwards. The rest of the day will be fresh and bright with sunny spells. Some showers will develop in Connacht and Ulster in the afternoon and evening. Highest temperatures of 14 to 18 degrees with moderate to fresh west to northwest breezes.

No show without Joe? 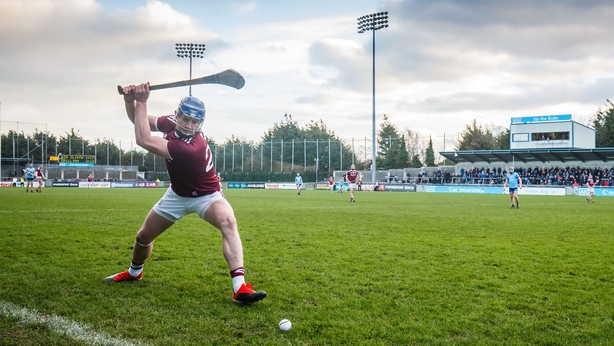 Wexford can make history if they beat Galway on Sunday.

The Tribesmen have won all three Leinster Championship meetings between the sides since joining the province in 2009, including last year's comfortable victory at Wexford Park.

They also handed Wexford a 10-point beating in March's Allianz Hurling League quarter-finals, though Joe Canning, who scored 0-15 (13f) of their 3-21 total that day, will be absent this weekend and until the knockout stages of the All-Ireland SHC.

There is a sense that it's now or never if Davy Fitzgerald is going to make a breakthrough with Wexford and claim some silverware in what is his third year in charge.

Facing a Galway team without the talents of their star forward arguably offers the best opportunity of making a second Leinster final under Fitzgerald's watch.

But the 2018 All-Ireland champions and last year's runners-up are far from a one-man team and have been strengthened up front by the return of Joseph Cooney (Australia) and Johnny Glynn (New York) from overseas.

All-Ireland club football winner Daithi Burke should also be back to bolster the full-back line after recovering from a broken toe.

"Galway have to show that they can manage without Joe Canning and they didn't do it very well against Carlow.

"They were All-Ireland champions in 2017 and were beaten by a point last year but they look to be in a bit of a slump. I think they need a big display to remind the public that they are All-Ireland contenders.

"While Galway are hot favourites, I think Wexford have a real chance here. I expect a big performance from them and I wouldn't be surprised to see them causing a surprise."