After their extra-time win over Down, Armagh assistant manager Jim McCorry was somewhat unhappy that the side couldn't seal the deal in normal time when having an extra man for the entire second half.

In what was a pulsating Ulster quarter-final, the Orchard County, courtesy of an Andrew Murnin goal eventually prevailed by the bare minimum. Next up is a date with Cavan. Kieran McGeeney has had his first championship victory as Orchard boss, but his players certainly made him sweat.

Afterwards, 'Geezer' was not doing any media interviews. McCorry stepped forward, somewhat frustrated that Armagh didn't make more of the one man advantage they had after Down's Caolan Mooney saw red and the fact they let a five-point lead slip late on in regulation time. 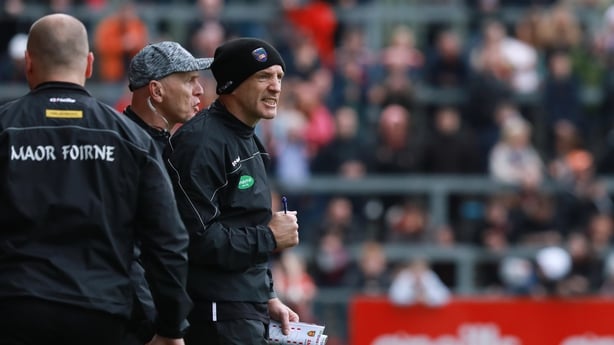 He told RTÉ Sport: "We had an extra man and we should have closed it out sooner so you have to say that was disappointing.

"Down got players behind the ball and they were hard to break down. Paddy Tally is a very accomplished manager and has a great track record with Tyrone, Galway and St Mary's.

"That said, we had the spare man back when they were attacking and had the support man going forward.

"Maybe we didn't utilise the support man as fully as we should."

As for being reeled in as the 70th minute approached, McCorry added: "It was something that happened in the league against Clare. They got a goal and a point towards the end to get a draw.

"It was something we thought we had resolved. These things happen.

"We had problem with the high ball coming in and we were punished. High ball has never been a problem for us in the past and Cavan will have taken note of that for the next day."

"Cavan will present a tough challenge.

"They played very well against Monaghan, were deserving winners and their spirits will be high."