Mayo captain Diarmuid O’Connor has been passed fit to line out in next Saturday week’s Connacht SFC semi-final against Roscommon.

The 24 year-old missed the win in New York after fracturing his eye socket in an accidental training ground collision.

But the former Young Footballer of the Year confirmed last night at a press event in Castlebar that he has been cleared to return to competitive action.

"I got good news this week, the injury has cleared up. I’m back training this week and looking forward to trying to get my jersey back," he admitted.

"It’s frustrating missing any game, I don’t like missing an AvB game in training or a championship game. So I’m just delighted to be back."

However, Cillian O’Connor will not be making his first appearance of the year for Mayo in the provincial semi-final, according to James Horan.

The Mayo boss revealed that O’Connor is not yet ‘match ready’ following an operation on his knee last December. 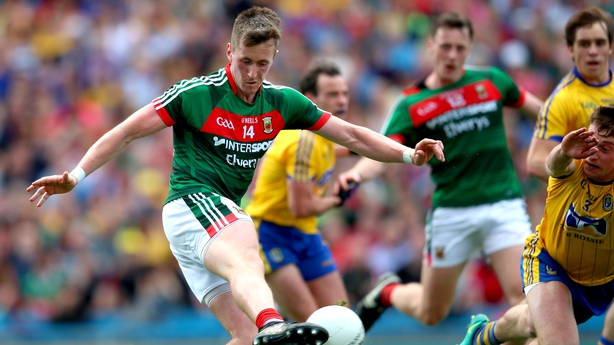 "Cillian is making progress, but he won’t be in contention for the Roscommon game," explained Horan. "It will be close but we won’t be togging him at this stage. He’s progressing well but it just might be too soon.

"We’re down to the last few weeks of his rehab and he’s just not match ready."

Horan also said that Seamie O’Shea (ankle) will sit Mayo’s first home game of the summer out while Fionn McDonagh (quad) and Donie Vaughan (hamstring) ‘are touch and go’ at this stage.

Mayo have been installed as raging hot favourites to advance to their first Connacht Final since 2015, but Horan says he believes that Roscommon will be formidable opponents in Castlebar.

"It’s going to be a really, really tough game. I saw them last Sunday against Leitrim, and they were very comfortable, they’re very physical, and they have good forwards.

"So we need to make sure that our preparation is as good as it can be so that we’re ready to perform." 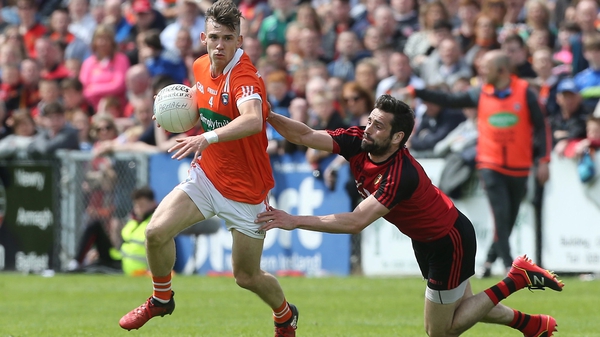 Down-Armagh rivalry is keenly felt in one border town