Brendan Maher makes his return to the Tipperary starting XV as Liam Sheedy and John Meyler have both named experienced teams for Sunday's Munster championship meeting at Páirc Ui Chaoimh.

The 2016 All-Ireland winning captain hasn't played a competitive match for Tipperary since tearing his ACL against Clare 11 months ago but he's included at right half-back for Tipp's visit to Cork.

Seamus Callanan is stationed at centre-forward while Jason Forde, prolific over the past 14 months, starts at No 14. James Barry is selected at full-back, a position which provided trouble for several Tipp managers in recent seasons.

John Meyler has handed a championship debut to corner back Niall O'Leary, a two-time county championship winner with Imokilly and a Munster U21 champion from 2018.

He joins a full-back line containing Eoin Cadogan and Colm Spillane with Damian Cahalane starting on the bench. The forward line has a familiar look but Alan Cadogan is still not deemed fit enough to start.

Waterford manager Pauric Fanning has made two changes to the team which lost the league final to Limerick at the end of March, with Michael 'Brick' Walsh dropping to the bench and Conor Gleeson returning in midfield.

Walsh, who overturned his decision to retire last November, struck one point in the league decider but the return of Conor Gleeson from injury has seen Fanning reshuffle slightly, with Austin Gleeson being shifted back into the forward line.

There is one other change with Callum Lyons, who impressed against Galway in the league semi-final, dropped in place of Abbeyside's Conor Prunty at full-back.

The visitors to Walsh Park have made several alterations to the side which were demolished at the same venue in the league quarter-final two months ago.

Colm Galvin is named at centre back in place of Conor Cleary, with Cathal Malone moving into midfield. The returning David Fitzgerald is named in Malone's vacated spot at wing-back.

The forward line sees three changes with Dairmuid Ryan replacing Aidan McCarthy, while, as expected, the star power of Shane O'Donnell and John Conlon returns to the full forward line in place of Gary Cooney and Aron Shanagher.

Brian Cody has handed Ballyhale's teenage star Adrian Mullen his championship debut as both Kilkenny and Dublin have named their teams for tomorrow's Leinster championship opener in Nowlan Park.

St Lachtáin's Darren Brennan starts in goals in place of the injured Murphy, winner of All-Stars in 2016 and 2018. Paddy Deegan will slot in at full back, with Padraig Walsh moving to midfield.

19-year Mullen, who struck five points in the All-Ireland club final two months ago and was recently named AIB Club Hurler of the Year, has been handed his senior championship debut at wing-forward.

Mattie Kenny has made three personnel changes to the Dublin team who fell short against Limerick in the Allianz hurling league semi-final, with David Treacy, Liam Rushe and Fergal Whitely returning to the starting line-up.

The Dubs are without a number of players through injury, notably John Hetherton, Mark Schutte and Fionntan McGibb but their defence has a more settled look, with Shane Barrett slotting in at wing back while Darragh O'Connell returns to his more usual midfield berth.

Burke was otherwise engaged during Galway's league campaign, instead devoting himself to helping Corofin win a second successive All-Ireland club title. And Donoghue has opted to stick with his brother Ronan, who held down the full back berth for the bulk of the league. Fellow Turloughmore clubman Kevin Hussey starts at wing-back.

Goalkeeper Colm Callanan, whose last championship start was the 2017 All-Ireland final, will start in place of Fergal Flannery who drops to the bench.

For only the second time since 2008, Galway will play a Championship game without the services of Joe Canning - he was rested for the final round-robin game against Dublin last year when the Tribesmen were already assured of a semi-final spot.

Brian Conconnan, who featured intermittently last summer, and who impressed during the league, has been at centre-forward, with 2011 U21 All-Ireland final Man of the Match Davy Glennon named at left corner forward.

Colm Bonnar, leading Carlow in their first Leinster championship game under the present structure, has made one change to the team which started their dramatic relegation playoff game against Offaly in March, with Eoin Doyle named in place of Alan Corcoran. 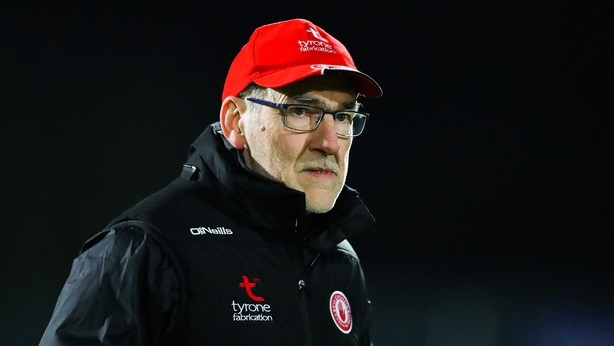 Mickey Harte has freshened up his Tyrone side with three Championship debutants for Sunday's Ulster SFC clash against Derry.

Michael Cassidy, Ben McDonnell and Brian Kennedy are all named to start at Healy Park having shone in the league.

The Red Hand crashed out at the quarter-final stage against Monaghan last year and will set up a last-eight meeting with Antrim if they can overcome Derry.

Derry boss Damian McErlain has made two changes from the side that beat Leitrim in the Division 4 final.

Sean Francis Quinn replaces Michael McEvoy, who is in the USA, and Ciaran McFauk comes in for Conor Doherty.

Seven of the XV hail from the Slaughtneil club. 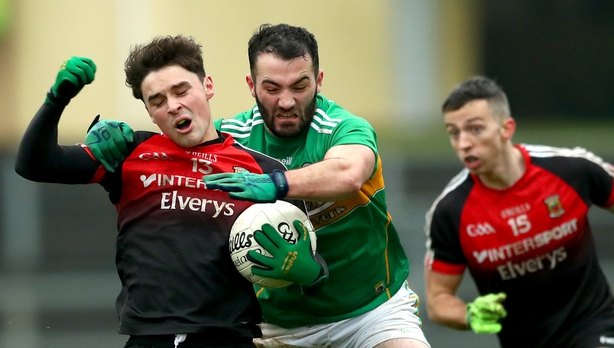 Leitrim and Roscommon have made some surprising selections for the Connacht Football Championship quarter-final at Dr Hyde Park on Sunday.

Fergal McTague and Conor Reynolds are named in the Leitrim full-back line having featured sporadically throughout the league, while Evan Sweeney and Pearse Dolan will also make their Championship debuts.

Enda Smith is left out of the Roscommon team. Cathal Cregg will captain the Rossies and, as expected, Kerry native Conor Cox will make his Championship bow.

Cox, a star of the Kingdom side who claimed the All-Ireland JFC title in 2017, completed a transfer last December.

Their opponents pulled off a surprise away victory over Offaly at this stage last year but Kildare represent a serious step up in quality.

Waterford will give 46-year-old goalkeeper Darren Mulhearne his inter-county debut against Clare in their Munster SFC quarter-final clash on Saturday.

Mulhearne was first called into a Waterford senior football panel as a 17-year-old but never got to play a game and he was let go shortly afterwards. Now, 29 years later, he stands on the verge of making his debut for the Deise.

The 46-year-old goalkeeper was been called up by manager Benji Whelan after his first choice net-minder Aaron Beresford suffered an injury on club duty.

Clare manager Colm Collins will also hand out debuts to Stephen Ryan and Cormac Murray, whose combined age is less than that of Mulhearne.

The Banner's top-scorer in the Allianz Football League, David Tubridy, is out with an Achilles injury.