Galway’s Áine McDonagh is in line for a recall as her county prepare for the Lidl NFL Division 1 final with Cork on Sunday.

Galway come into the clash with the Rebels at Parnell Park having never won a League title. They've been beaten in five finals, including their 2015 loss at the hands of Cork after a replay at O’Moore Park in Portlaoise.

Moycullen midfielder McDonagh is back in contention for the decider having only featured in the League victory over Mayo in March.

"Áine has only played one League game. She picked up a foot injury in the O’Connor Cup final and played on through the injury," said Galway manager Tim Rabbitte.

"That has led to her being longer out with it but she is back with us the last two weeks. She is definitely an option for Sunday.

"Nicola Ward has been training away with us for the last four or five weeks but she is only back on the pitch sessions for the last week or two. She has been out for quite a long time. It is a longer term thing.

"Ailbhe Davoren is back running on the pitch again. But she is another girl that will be quite a while before she gets back on the road. Outside of that we are good to go."

Rabbitte is in his first year as manager of the Galway seniors, having previously featured in Stephen Glennon’s backroom team.

The Oranmore-Maree clubman managed the Athenry footballers for four years before he got involved in the Galway U-21 set-up under the management of Gerry Fahey, helping them to an All-Ireland U-21 final where they lost to Dublin in 2017.

He then went back to the Oranmore-Maree footballers but is now looking to help the Galway Ladies make history in the Lidl NFL.

"We are delighted with the effort and attitude of the girls, from the day that we came in they were great," said Rabbitte.

"This is the third year really that the basis of this squad has been together. Stephen put a lot of really good structures in place and the girls have continued that on.

"The fact that this is our third year we are seeing a lot of stability in our preparation and that is leading onto good solid performances on the field.

"It has been very good for us so, far the league has been great and we would like to top it off on Sunday but that is another job."

Galway defeated Cork 1-8 to 0-5 in the opening round on 2 February but last year’s beaten All-Ireland finalists have improved since then.

They were victorious against reigning champions Dublin twice in two matches, including their gruelling 1-18 to 2-14 extra-time semi-final success.

Galway cruised through to the final after a comfortable 1-12 to 1-5 victory over Donegal.

"Cork are a super team, they have been for quite a long time in Ladies football. They have been a powerhouse," said Rabbitte.

"They have got some quality players throughout the team and a super attitude the way they play the game. They will be strong favourites having beaten the All-Ireland champions twice in the last few weeks.

"They had only had half of a team when we played them. They had played an All-Ireland final in September which meant they were back later and we had a lot more preparation done for that game.

"It won’t really have much relevance, everyone has caught up with each other and it will be a level playing field." 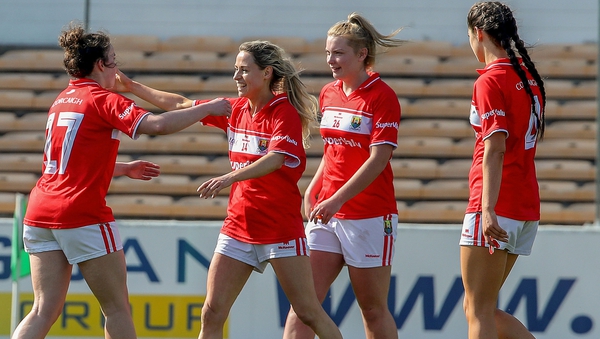